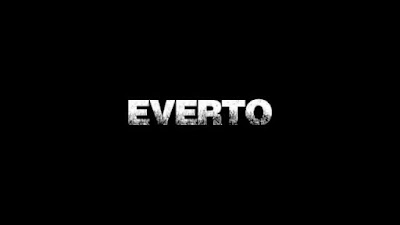 (First, a special thanks to the good folks over Dream State Films for providing me this movie to cover. It's my first screener and I do hope this write up will do justice! You can show them your support by visiting their youtube page, or by taking a gander at their Everto Facebook page!

Also, to you Mr Vegan Voorhees! For recommending my little black stain in the web! Keep the slasher spirit alive, buddy!) 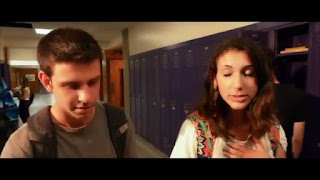 What could have been another friendly gathering after class turns deadly and tragic for one Skylar Winters when she finds her friend murdered and the man responsible escaping capture. Distraught over this, she found out that someone named Jack Straw, who disappeared from town many years ago, might be the perpetrator and decided to look further into this figure. However, unknown to Skylar, Jack isn't over with his killing spree as those unfortunate enough to get in his way will discover something inhuman about him.

Clocking around near two hours and mixing a bit of mystery and bloodshed, Everto can be best described as a low budget and lengthy John Carpenter's Halloween clone with a focus on characters and their amateur snooping, as well as a few neat ideas thrown in centering on its killer, Jack Straw.

The killer's lore is noticeably quite similar to Halloween's Michael Myers in the manner of the killer's body language and the fact that he simply came out of nowhere just to begin killing a few folks, though a hint of originality had Jack boasting some supernatural traits that were given little to no explanation up until the very end where we get a decent twist reveal and last minute exposition.

On that note, the premise is indeed a good one given the fact that we were given some time to know the characters and dwell into the true nature of the killer after the first murder, a sort of throwback to the late 90s murder mystery inclined teen thriller/slashers. Sadly, Everto still suffers with a few recognizable flaws, mostly on how it was executed. 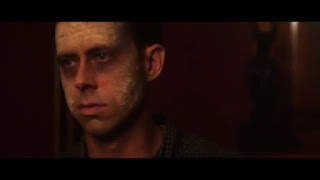 As mentioned prior, the film runs nearly two hours, which is odd for a slasher movie but not unheard of with titles like Happy Birthday to Me (1981), the Nightmare on Elm Street spin-off New Nightmare and the 90s Bruce Willis starring erotic slasher mystery Color of Night also having a prolonged running time. Most of these aforementioned titles work because their stories were paced rather neatly and let any means of development run their course throughout the movie. Everto, unfortunately, nearly took a 30 minutes before the first murder occurs, halting and then spending another half hour in attempt to develop its casts and some plot points before the story finally got rolling again.

This is fair but I do believe the film can still be edited short by lessening some of the banters and fillers, wherein a single scene can sometimes ground what kind of situation and/or emotion is being played a lot better than a hundred. This can be best applied at the latter act of the movie in which, while many slashers usually get the bodycounting piling up in the last 30 to 20 minutes before the ending credits, Everto decided to take the time and let the kill count rise for a hour. It is possible that the length was for the sake of building suspense as well as have many other characters involved as possible, but it might make some of these scenes look like it's going on for a while and might burn out whatever kind of tension it was building to. Patient and open viewers might tolerate and understand the length but for those who are looking for a standard kill-a-thon, just a heads up.

Apart from this, another issue I have with the movie would be the acting; now I know slasher flicks were never known for the talents involved as these thespians are more likely to meet the bladed end of a machete around five minutes after they were introduced, but with the kind of story Everto was doing, I believe better deliveries were needed to feel for the casts, which in turn would have made the development and supposed tragic losses more workable. The only time wooden acting can be serviceable in a slasher film (at least in my thoughts) is when the movie had something else to offer, such as superb killings or eye candy visuals, a few things Everto limits either for the sake of drama and/or due to the budget restraints. 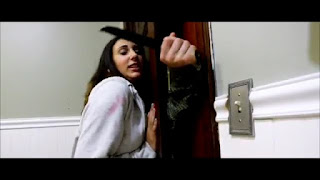 I may also point out the amateur make-up and special effects as among the other concerns I have with the movie but I will hold out on these seeing that this is the director's first feature film and, let's face it, there are hardly a lot of folks getting it right on their first try. Scores okay in creeping up a tone and some of the camera work did bring out the imposing side of the killer despite his rather simple get-up, so I'm sure the crew can still do good with the proper budget. This being said, I still wanted to enjoy Everto; the film has ideas that would have made a good, if not great slasher flick, it is just that  I feel like the crew may need some more time sharpening their skills and make something worthy of being a cult indie favorite.

With this, I'll give Everto an A+ for effort and my approval for a viewing! If you are into some character development and a fair mystery, I say give it a try!