Five years since their last batch, 2015 marks the return of 8 Films to Die For, now with a new partnership with 20th Century Fox Home Entertainment!

And making this return more special for me is the fact we got half of the line-up packed with interesting slashers, so, for this 4-part review, we will be looking at these new masked terrors bodycounting their way through the festivities that is After Dark Horrorfest 2015!

So without further delay, let's get hacking! This is... 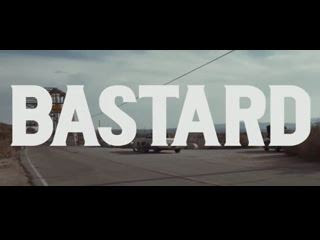 Roads are crossed when two couples, one being a pair of newlywed serial killers and the other being troubled runaways, end up driving to the same mountain side bed-and-breakfast. Joining them soon is a suicidal cop who just wanted to get away from it all, which should spell trouble for some of these individuals but, as it all will turn out, he might be the least of their worries.

Somewhere deep in the woods is a maniac offing people with a mean meat cleaver; as the guests dwindle down in number, who is to blame and who will be left alive in the end?

With this, Bastard may sound like your standard slasher fodder but it offered something that's normally lost among recent releases and that would be characterization; each couple fleshed out from the very beginning of the film, focusing on their plights and struggles as they plan ahead a better future for themselves. The thing, however, is that none of the casts is who they seem, even those who have shown their flaws the moment they're introduced as their imperfections layered them enough to keep themselves interesting even if there is a chance you don't feel like rooting for them.

This is, unfortunately, where the flaw of the film lingers from; the moment Bastard  finally reaches its climax and has the killer stalk and murder these characters, they are reduced to plain meat and most of their deaths came rather quick and easy. (And, ironically, the goriest kill happened to a random throwaway couple) I don't normally have any problem with this but after all that build-up, I expected these guys to have a fighting chance and not have all of that development thrown out of the window in the next minute.

The last act also becomes a bit of a drag but it did shed enough light to give the killer their side of the madness, which was really unsettling to look at but a chore to sit through nonetheless.

Apart from these flaws, there are bits of comedic elements that felt a bit forced and out of place considering how character and story-heavy the plot is. Thankfully, these are just tiny tidbits and the rest of act plays as straight as any serious slasher could and the overall experience is a rocky yet beautifully insane bodycounter that looks, sounds, and feels grand with a slight influence from 70s/80s exploitation film, made obvious with its opening and ending credits.

May not have worked all the way but Bastard is a welcome viewing for slasher fans out there looking for workable characters or something with a story altogether. If there is anything else I can say, bring on Bastard Reborn!