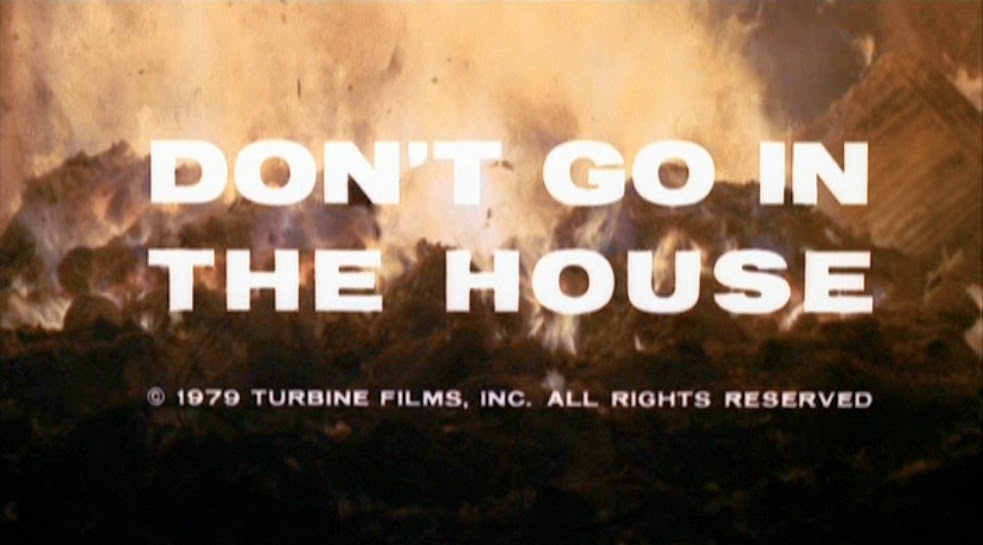 An underrated grindhouse classic of sorts, Don’t Go In The House is a sad strange little bodycounter that tried its luck as a grim character study but fell short thanks to the ever present cheese.

Donny, as a staple in most slasher movies, is a man with a rough childhood; his mum abused him as a kid through various methods of fire torture whenever she thought it was necessary (meaning, all the time) which traumatized Donny to the point that he grew up both frightened and fascinated with fire.

On one work night, Donny discovers that his mum passed away in her sleep; not sure how to react to this, he was first delighted from the fact that he is now free from his abusive parent but soon realizes that he is unable to move on from the torture he went through in her hands.

Literally following the voices he is suddenly hearing in his head, Donny proceeds to take out his frustrations by building a fireproof room, purchasing a flame thrower (with bonus fire retardant suit), and kidnapping women for him to set ablaze.

Unfortunately for him, his murderous ways begins to haunt him and people around town (noticing his odd behavior but unaware of his evil deeds) are getting a little worried for him. Can Donny keep it together? Or was he doomed from the beginning?

Structure-wise, Don’t Go In The House is only a slasher for the first half before gradually devolving into a psychological thriller; as a bodycounter, it has its unnerving and distressful moments such as that infamous scene where an innocent woman was stripped naked and chained up before being set on fire, which was grueling, sadistic, and over all uncomfortable to sit through. Oddly enough, while Donny did went on killing more girls, the rest of the murders were done offcamera and through heavy implications which eventually made way for the film to start tackling the psychological horrors of being a deranged murderer.

By the time the film reached its half-mark, the film shifts tone and began focusing more on Donny's descent into madness as he becomes troubled by his own actions, visualizing walking corpses of his victims that may or may not be real apparitions. This is where the movie began to blur the line of sane and insanity as well as hinting some bit of the supernatural, though the latter wasn’t that heavily implied until the last act.

More or less, the film made itself entertaining with its odd mixing of dread and B-grade camp, which was already done by other villain-centered slashers such as The Driller Killer (1979) and Maniac (1980); Don’t Go In The House tried to play all of this with a straight face but the late-70s/early-80s cheesiness, outdated premises and some bit of bad writing and acting did find its way on some scenes. (such as Donny's first taste of freedom involving him jumping on a chair while loud Jazz music is playing and him smoking a cigar) Thankfully, this isn’t that big of a distraction as the movie’s tone and gritty grindhouse look manages to bring out more of the sullen creepiness from Donny's situation, which seems to be the real focus of the movie as would explain the low count of exploitative murders.

Though most slasher fans will be disappointed at the direction Don't Go In The House took, its lack of satisfying kill count, and/or the bothersome cheese, it is still nothing short of an underrated cult classic worthy of some attention just for its strangeness alone and its odd attempt to do things differently for its killer. Those who enjoy a fair grindhouse flick (and too open-minded slasher fans) are welcome to try this oddity out and, who knows, perhaps you can find some charm from this weird little title and see why some people came to appreciate it.