Good, Evil and Something about Vengeance: River of Darkness (2011) 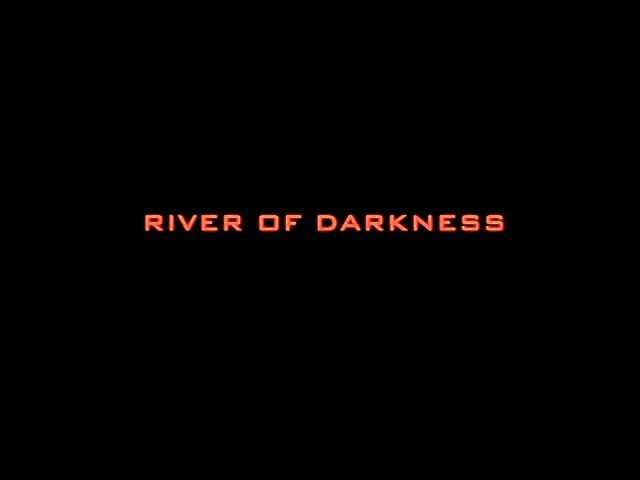 Before we begin this review, take a quick gander at this movie's box art. Do you see a very action-y wrestling icon Kurt Angle? Do you see that badass gun? Do you see those monstrous eyes foreshadowed at the background? Did you thought this was gonna be a slasher movie? Did you? Did You?!  ANSWER ME!

Sadly, there's no badass soldier versus beastie going at each other in this waste! In fact, there's barely much action going on at all! Just some fishing folks doing tons of exposition while being haunted by a trio of John Carpenter's The Fog rejects who are out to murder those responsible for their unjust deaths. I'm not even sure of what else was I supposed to expect from this as the whole plot is so bare bone basic that you can see a lot of things from afar!

I mean, I just sat through Kurt Angle being the world's most unresponsive sheriff and a whole lot of other yahoos who kept talking about God and vengeance beyond the grave and random vagrants being blamed for a young girl's rape. (That last bit's a spoiler. You're welcome!) What's worse is that the scripting isn't faring any better! No character is all that developed and all we got is one dumb-arse to the next trying their best to be red herrings and meat for the murders. Some, in a form of miracle, succeeded in these roles while others are just plain forgettable. I know acting is not always a slasher movie's highest sell point but EFFORT! If you want dramatics and well defined characters, a little effort goes a long way! But, hey! What else would you expect from, not one, but three wrestling icons?

...Well, seeing that wrestling is fake and it fooled a lot of people thinking it was real in the 80s, I guess a lot! Kane did pretty well as Jacob Goodnight in them See no Evil films but he was tackling the role of a (mostly) mute psycho, much like Kevin Nash and Sid Vicious in this film. Kurt Angle is supposed to be this fish-out-of water sheriff who knows little about the town's dark secret. A secret I'm sure most of you viewers would have known given you're as obsessed with slasher movies as I am.

What's more painful is that we get a hundred and five minutes of this bad acting, sashimi-thin plot, and yet as a slasher it hardly delivered what it could have been its saving point: the kills! Let me see, I got a count of eight dead ones with a bonus "kill" at someone's dream. Many are killed with axes, some with a curved machete (or kukri if you want to be more specific) and then we got three offcamera murders, really worth the rent money!

Now, I will give points for the film's crisp camera quality and their attempt to stray away with the assorted slasher movie cliches and mix in your usual murder-mystery ghost flick schtick but was it all worth it in the end? Did it have a climax that beats all the negativity this film suffers from? Nope, just a weak gunfight against Angle and three supernatural undeads with the power to teleport and are pretty much immortal. No explosions. No monstrous rage. Just mannequin-esque zombies teleporting in and out while fish-out-of-water sheriff tries to shoot them. I wasted nearly two hours for that?!
If I could only get back all the wasted brain cells killed off by this garbage, I will use it to stop myself and watch something else better. John Carpenter's The Fog is an obvious replacement choice but I think I'll go with pretty much any other slasher or horror flick for this one's case. Heck, I would even watch a Troma movie and, considering my love-hate relationship with those films, it is a big of a deal!

Bodycount:
1 female disemboweled with a kukri
1 male killed, later found impaled on hooks
1 male ran through the chest with a fishing gaft
1 male hacked to death with axes
1 male stabbed on the chest with a kukri, hacked with an axe, (dream)
1 female pulled into the water, killed
1 girl drowned offcamera
1 male axed on the head
1 male shot on the head with a rifle, hacked with axes
Total: 9
Posted by Kaijinu at 6:57 PM