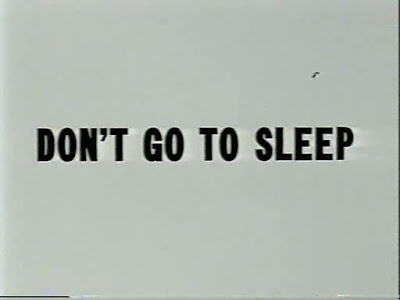 A family of four moves in to a sleepy little town in California in hopes of moving on from the tragic death of their eldest daughter, Jennifer. Parents Phillip and Laura try their best to maintain a picture perfect family life but it soon crumbles down when Laura's mum decided to join in, much to the children's disapproval. Days pass by and Phillip begins drinking again and the kids bicker with each other more constantly. What's more concerning would be that their now-only daughter,, Mary, starts to hear voices from under her bed and catching glimpses of their late eldest.
After a blazing incident that almost burned Mary to death one night, the family begins to suspect that their girl might be in need of professional help, believing that these incidents, as well as her visions, might indicate trauma. Of course, Mary is having none but does find someone who's willing to take her side- the ghost of Jennifer. Explaining to her young sister that the rest of the family doesn't miss her as she does, Jennifer begins hanging out with Mary, along the way plotting deadly vengeance against everybody related in blood.

When I first decided to watch Don't Go To Sleep, I never expected much from it bar a tame ghost movie with some deaths. True, it turns out I was precisely that shindig, but much like the case of another TV bodycounter, Dark Night of The Scarecrow (1980), this little screen nightmare puts up the ante for creepiness and molded a pretty neat surprise at the end. A lot of this owes to the fact some of its scenes really tapped into childhood fears and anxieties such as deaths in a family, devolution into dysfunction, and the ole-time classic "thing under the bed", dramas that may have frightened us as children tackled here with a subtle yet brooding intensity thanks to a superb direction.
I can definitely say Don't Go To Sleep really had it going for vintage scares, methodically and creepily switching from a supernatural family drama to a slightly disturbing semi-slasher. The kills aren't all bloody but remains shocking even for TV flick standards, some of it even memorable just for its execution, stylish camera work and the fact that it leads to an unhappy territory. Acting is quite believable for a TV movie despite some occasional cheese and I really dig the last haunting shot before the credit rolls to an end, finally filling in on us what really went on.

The only flaw I see here is how well these scares hold on to a typical horror fan: some may find it goosebumps-inducing, others will find it outdated and barely scary. Perhaps someone with a patience for slow-burning haunting/slasher hybrid might enjoy this, but those who prefers splattery, gore-tainted bodycounters will not find a keeper here. But as far as my opinion goes, I absolutely love this creep-fest, not much for the scares but more on how well executed it is. Yes, there are some slow parts and, since the killings are limited to simply the family members, not a lot tends to happen in said slow parts save probably some bickering or casual conversations that may or may not be red herrings, but these are something that are easily overlook by the right audience.
I couldn't stress my respect for this movie enough so for my readers, do me a favor? If you have the time to pick a TV movie to watch in your late night viewing, I suggest giving Don't Go To Sleep a try. A little 80s chill never hurt a true horror fanatic and this title is right off the bat.

Bodycount:
1 female suffers a heart attack
1 boy fell off a roof
1 male electrocuted in a bath tub with a dropped radio
1 girl immolated in car explosion
Total: 4
Posted by Kaijinu at 9:39 PM