A Family that Fails Together: Blood Ranch (2006) 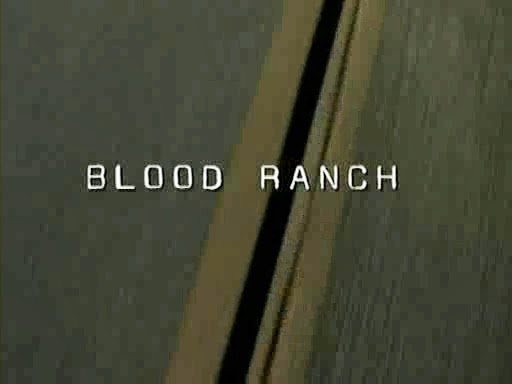 Wow, where do I even begin?

Ever wondered what it would be like if Rob Zombie never had the directorial prowess used to create the cult classic House of 1000 Corpses? Like what if he's just some wannabe horror fan living off the mediocre pay he gets from working at a local mom and pop store and then decided to finally do it and shoot a horror film with a bunch of friends, with literally no idea how to do one in the first place? Well, look no further (like, really don't!) Blood Ranch will show you exactly how House of 1000 Corpses was as a vile DIY "film".

A group of friends and a hitchhiker they picked up were headed to the Burning Man festival when they nearly ran over a bloodily beaten girl whilst taking a shortcut. Deciding to help her out, they let her in and inevitably mark themselves as targets to whoever did this to her, which is made more than obvious when a black van tries to ran them off a road. Now with their car broken, half of these kids ventures to a nearby ranch where they quickly learn that everybody living there is a lunatic. Cue in the other half of the group coming in to save their friends, who may or may not fall prey to an army of Sawyer/Firefly clan rejects, some random people being killed by other random people, and something about raping someone for the sake of the clan. 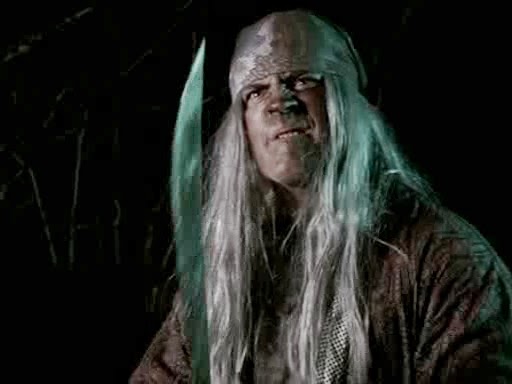 As wild and sinister as it sounds, this is as exciting as it could get; as a movie, Blood Ranch suffers from having too many characters to the point we really have no idea what to do with them. While it seems to have some primary characters that the movie focuses on, they're dull and cheesily ripped off from other horror generics, painfully done away with some equally cheesy acting that isn't even "bad-is-good" funny. There's nothing imaginative or new in this, just maniacs being maniacs, killing off people they had stored in their ranch and most of these aren't even our star teenagers! In fact, I can count by finger all those who was killed off from the main group and the monumental bodycount was just boosted up by dead/murdered guys who's there just for the sake of being there.

This is hardly a movie for any known sense, may it be a slasher, a thriller, a torture porn or even an expressive art! No, this is just a film that exists cuz the director tried too hard to impress, shock and/or upsets us, but forgets everything else that matters in an entertaining garbage that is a horror movie. Oh yeah, I'm upset alright! Upset that this shit even existed! But, as strange as it will always be, things like this always find a way to get someone to appreciate it but I'm dang sure those who will are just going through a phase. (I remember loving Fear: Resurrection or Pinocchio's Revenge as a kid, only to find out how disappointingly bad they were as I rewatch them as an adult) 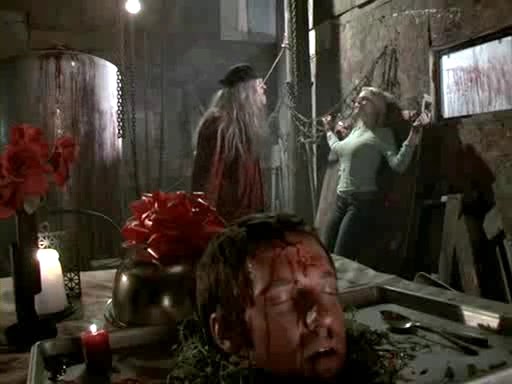 With no redeemable factors, may it be the production, the acting, the gore, the scare, the kill variations, and, well, everything about this actually, Blood Ranch is a movie best buried in storage along with other unsold/ least rentable/ discount bin worthy titles out there. Sometimes you just have to wonder, who would even fund this?!