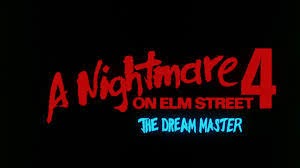 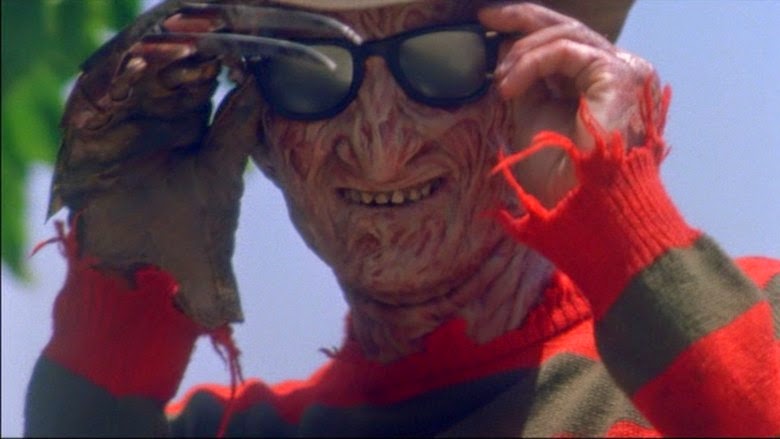 Just as Dream Warriors marked the return of Freddy into his teen-hunting-in-dream-world game after his failed (yet interesting) attempt of supernatural possession of Freddy's Revenge, it also opened the door of opportunity for the burnt guy to be one of America's most sought after movie monster. Now in the franchise's height, New Lines was ready to do more nightmarish deaths (literally) with all the money Freddy was reeling in and so came into production this good yet undeniably cheesier entry to the Elm Street series.

A year (or two) has passed since the three remaining (and original) Elm Street children defeated the dream-world bogeyman known as Freddy Krueger, living somewhat normal lives free of fear of him ever coming back. Save for one; Kristen, an Elm Street girl with the power to call in other dreaming teenagers into her own dream. She can't seem to budge off the feeling that the dream demon is far from gone and true enough, Freddy somehow finds a way back into existing and starts to murder off the three, saving Kristen for last. 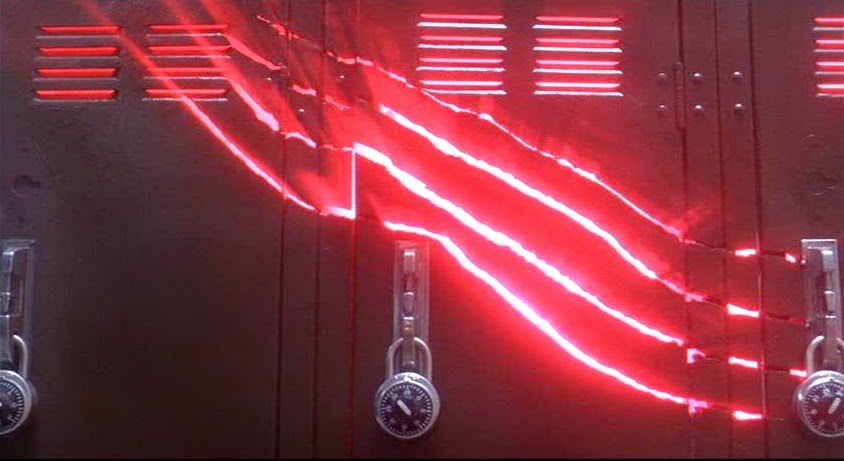 But before she meets her final demise, Kristen accidentally pulls in Alice, her daydreaming friend with some knowledge on dream logic and, in a last attempt to stop Freddy, passes her dream-reeling powers to the confused girl. This act unfortunately makes it possible for Freddy to reach out to the newer generation of Elm Street children, more precisely Alice's friends and family. One by one, they fall victim to their own nightmares, forcing Alice to find a way to stop Freddy before he takes her and the rest of the town's children.

With the level of comic one-liners noticeably higher and the deaths elaborately more cartoonish, Dream Master marks the beginning of Freddy's downfall as a horror villain and rise as a global 80s pop culture icon. Take notice that the previous Elm Street entries had Freddy staying in the shadows, his jokes sicker than laughable; here, he takes a lot of his action in the light, his lines streaming across comedy, and his kills lacking a decent amount of blood splash. Yes, the kills are imaginative, but they starting to get too imaginative as they're more outrageous than the last, a reason why many hardcore horror fans seems doubtful labeling this franchise a slasher series. 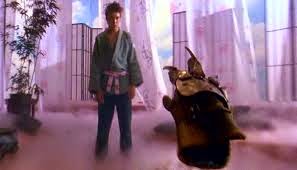 The way I see it, apart from being influenced by the MTV generation (check out the multiple TV spots within the movie), the plot is more Freddy-centered, with only one or two teen characters focused in the entire movie. The first is Kristen, now played by a different actress (Tuesday Knight) as the original is unavailable to fill in the role, spending a decent bulk of her screen time being Krueger-phobic which may or may not have triggered the nightmare man's return. She then bites the big one in a manner similar to Psycho's Marion Crane, dying during the progression of the film only to pass the dream killer-kicking torch to her friend Alice, an awkward goody-goody with patriarchal issues (a fact that may have helped giving this character a little more root-worthy), struggling to keep her life in check while dealing with a situation she wasn't too familiar with.

With the plot revolving more around the Springwood slasher's dream haunting and killing, even more interesting that it also resembles a sort of reboot since it now focuses on a new generation of Elm street teens, it's not too hard to have a good chunk of the film with him being outrageously evil in an inviting, near cartoon-villain manner. Whenever he is around, there's bound to be some strange crud going on until in the end wherein Alice hardens up and goes kung-fu punkette against Freddy in one of slasher history's most entertaining mano (lady-o?)-a-monster final brawl, with a gruesome (momentary) demise for Mr. Krueger himself. This being mentioned, it may sounds like the rest of the teen casts are pretty much there just to be meat for Krueger's cutting. Well, that's a yes and a no; while only a few of them are properly developed and characterized, some are leaning close to a parody of a character they are portraying. They are likable enough to stand out during their short screen time and you can really feel they're close. 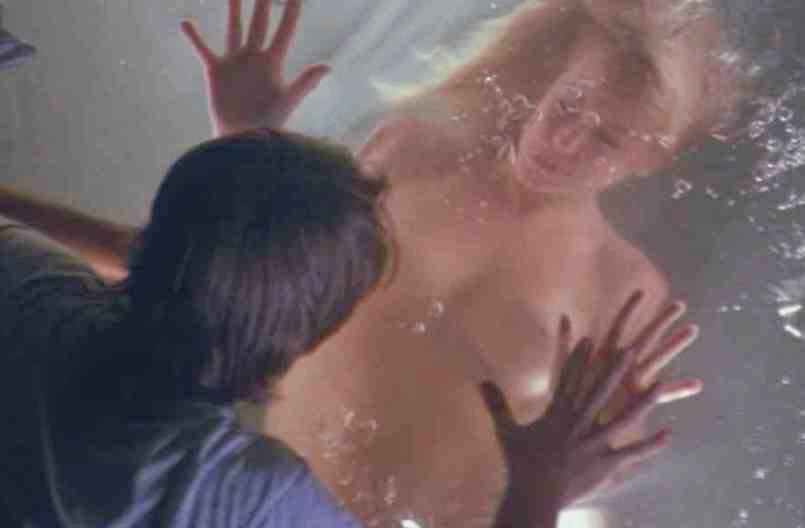 So, Dream Master's not remotely scary, but its entertainment factor is reason enough to consider this as one of the franchise's stronger entries. With top-notch, non-CG special effects backing up the flaws and more grimly fun with our titular killer as he steps out of the shadows and into the light, the movie works for the shallowest of reasons but still considerable with its workable story and tone, comparing it to other titles in the series, mainly Freddy's Revenge, Dream Child and, the black sheep of the family, Freddy's Dead. There are some interesting mythos thrown in here, something regarding a Negative and Positive dream gates which may attribute to Freddy and Alice's opposing sides, unfortunately this remained sidelined, seemingly forgotten in the next sequels.

Slipping into a cheesier foray not only in terms of human-faced pizza toppings, Dream Master fairs well as a movie but as a sequel, it red lights us that our Bastard Son of a Hundred Maniacs may get sillier in his later adventures... 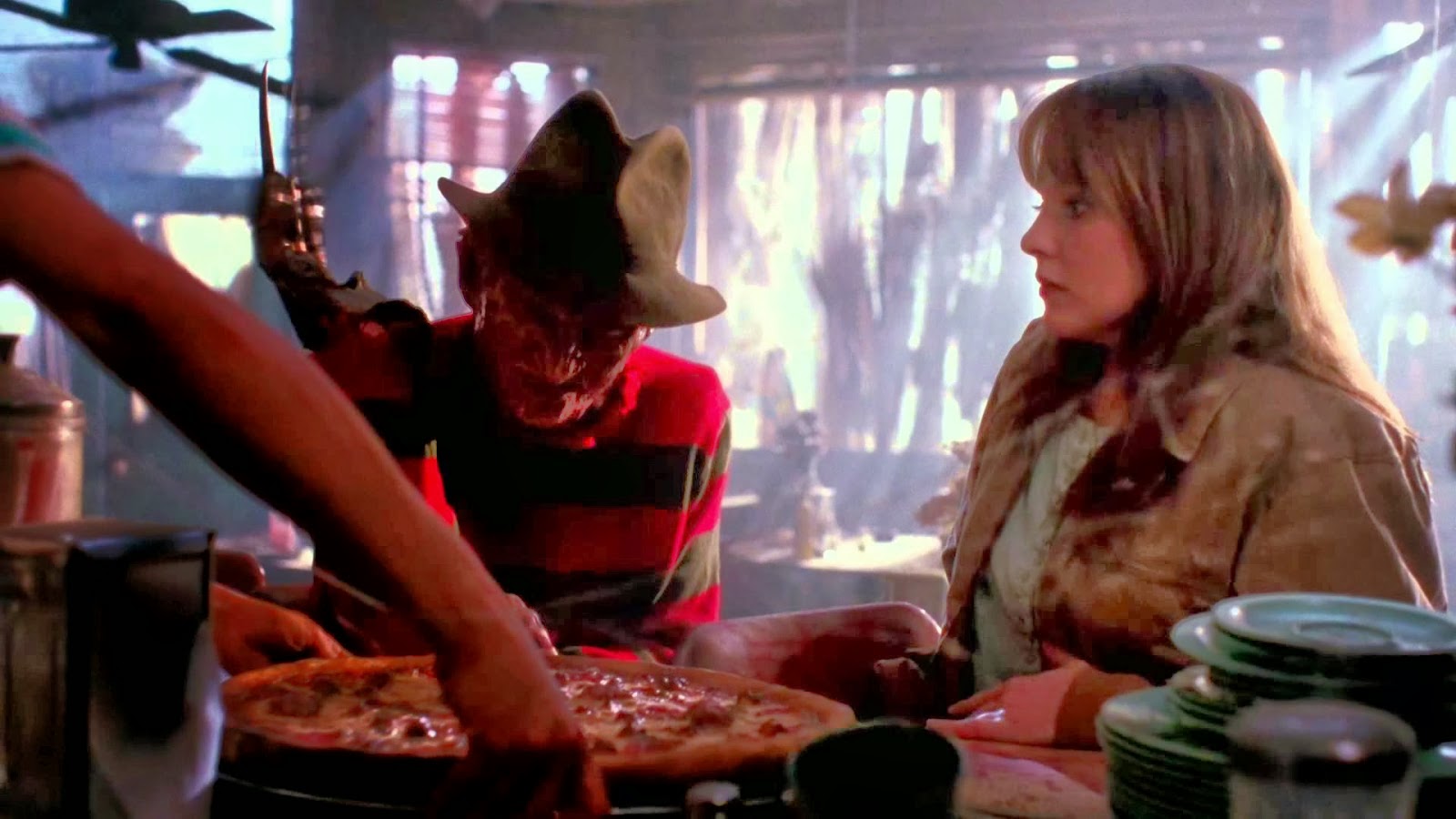