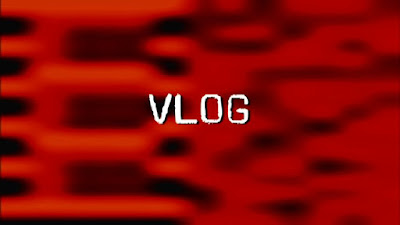 Vlogger Brooke Marks (played by, huh, Brooke Marks?) mostly enjoys two things in life: sharing her insipid lifestyle to the rest of the internet world for their enjoyment and a love life in which she can find the right one through a succession of boyfriends ala trial-and-error social experiments. She made mistakes, mainly dating a guy with an annoying quirk or two, but it's mostly problems young adults like herself can handle on their own.

That is until Brooke starts receiving videos from an anonymous website, showcasing mysterious recordings of her friends and exes being brutally murdered by someone obscured. Rightfully disturbed, she goes to the cops fearing for her life, but would their involvement be enough to protect her from being the next victim of this random psychopath?

I stumbled upon this movie not really knowing what I'm getting myself into apart that this might be another one of those "Reality TV"- style slasher flicks like WatchUsDie.com (2001) or Girl House (2014). In a way, I wasn't far off, but unlike those movies, Vlog (2008) focuses on the exploits of a single girl rather than a group and it's mostly done with a mockumentary vlogger direction so it has a lot of distinctive styles going for its many scenes, mimicking the flashy and gimmicky editing of an everyday video blog. That said, it can get a tad dialogue-driven as the first half of the film have Brooke sharing to us her thoughts concerning the men she dates, as well as what she expects the world wanted to see more from her content as a mean to establish our lead's personality, albeit in a very testy way.

Fortunately, Vlog (2008)'s recognizably short with only an hour and something minutes of running time if we're not to including the ending credits, hasten by a steady and speedy pacing that soon transitions to the shockingly brutal murders that really came out of left field. This last half is strongly the better part of the movie as the effects team really went all out on putting the grue on gruesome, highlights including a slow decapitation and a rather comical-looking explosive-laced bong. The ending is a little hobbled by its twist reveal, though. Something that could actually work better if they didn't dwell on it too much and kept it simple and quick.

Not too shabby for a horror quickie, Vlog (2008) is an easy viewing sided with a good concept, sleek visuals and juicy gore. It may not make itself to be that great of a title (Like, really. It's another slasher about snuff films and/or internet red rooms. It's not like My Little Eye (2001) hadn't done that already), but it is good. And sometimes good is all you could ask for from a horror movie!

Bodycount:
1 male slowly decapitated with a cleaver, dismembered
1 male electrocuted in a bathtub with a rigged lamp
1 female decimated with explosive chemical powder
1 female knifed on the gut
Total: 4
Posted by Kaijinu at 11:21 PM