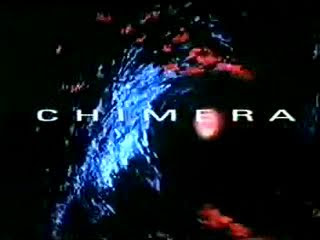 Looking for a fresh start in her life, Tracey Pickford (Emer Gillespie) moves away from the busy city to work as a nurse at a fertility clinic remotely located in the Yorkshire countryside. Behind the more mundane activities to be expected however, Tracey discovers that all is not what it seems as there's a heavily secured and monitored unit within the place called the "animal house" where strangeness are afoot and something loud, feral and strong is kept.

Trouble eventually rears its ugly head when one night, clinic staff and patients are killed in what looks like a frenzied scuffle in the clinic, this including Tracey herself. Among to hear this news is Tracey's film critic ex-boyfriend Peter Carson (John Lynch) who also received a concerning voicemail from his former girlfriend about the mysterious on-goings prior to her demise. Intrigued and filled with guilt, Peter travels to Yorkshire to investigate the incident which the local police quickly dismissed as a mere fire-related accident, while a shady government body sends in military units to seemingly hunt down something that escaped from the massacre. Something both a revolutionary creation of bioscience and an abomination of nature...

Released as a four-part television miniseries in the United Kingdom before getting compressed down to a hundred-plus minute VHS movie titled "Monkey Boy" for US distribution, Chimera (1991) is less a straightforward slasher exploitation plot and more of a hybrid thriller falling within the confines of mad science, government conspiracies and creature feature. The lengthy narrative, in turn, has multiple subplots and themes prioritizing on the investigation behind the masquerade normalcy of the clinic, which soon reveals to be a secret government program involving surrogate patients and genetic hybrids with the sole purpose of exploiting the result in every aspect possible from organ harvesting to slave labor.

This all steadily steps into an espionage tale with a Frankenstein (1931)-esque climax where Peter and Alison Wells (Christine Kavanagh), an unlikely ally who is the only surviving member of the team responsible for the hybrid project, race against time to find a creature named "Chad" before the shadowy government branch gets to it first and eliminate anybody getting in the way for your typical cover-up. If that's not complicated enough, there's also a revenge plot where the husband of one of Chad's victims sets out to kill the creature, as well as an intensely uncomfortable set-up where Chad is befriended and taken in by two children living in a barn, unknown to them that the creature just murdered their parents.

Slasher horror tropes, albeit still present, are very far in between the whole scientific ethics and human nature talk due to this, used only when the narrative momentarily focuses to the mostly unseen creature's point of view, with killings mostly offcamera due to this being a televised series and any bloodletting are reduced to bloody bodies and simple knife kills. Interestingly, while majority of our horror villains murders out of pure rage, twisted glee or malicious purpose, the creature here is only out to kill for self-preservation, as well as in struggle to maintain the child-like human part of their nature whilst keeping their feral side in check. This further strays Chimera (1991) from your typical slasher as the story found a way to balance the horrifying with the pitiable, ingeniously developing the supposed maniacal killer into a desperate victim of its own existence despite still being a threat itself.

The rest of the casts gets introduced in a rather unconventional way, echoing Psycho (1960)'s bait-and-switch tactic by introducing a dozen characters and developing them throughout the first episode, this including supposed major ones, only to have them slaughtered by the end while the minor characters return in the next episode to take on the mantle as leads. For most parts, the casts does a relatively okay job in their roles and the narrative's long run does help time these thespians development their characters, but the program's limited production values have dogged down other aspects of the series such as lighting, camera-work and scripting, making some parts of the show rather stale to sit through or a bit cheesy to fit in with the serious overtone of the plot. Thankfully, the damage is barely noticeable, though one can agree some of these scenes can be done better if it wasn't for these setbacks.

All in all, Chimera (1991) is an interesting horror drama that tackles heavy controversial subjects within the fields of science and ethics, while still sneaking in horror tropes with the right amount of thrills and somewhat modest bloody spills. It's definitely something we don't get quite a lot these days and I am glad to have given this one a shot. That being said though, dare I seek out its movie version for shits and giggles...?