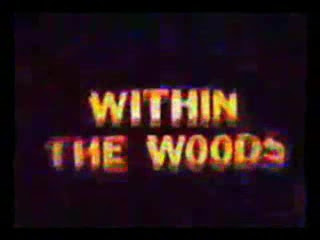 When it comes to the Evil Dead franchise, I can only recall fond memories around it as I grew up to the man I am today, a horror junkie with a passion for gore and masked maniacs!

While I did saw snippets of the films as a toddler, I have my first full Evil Dead experience when my dad borrowed an imported DVD from an office friend and let me watch it one Friday night alone when I was twelve or thirteen. (My family can be weird like that) Obviously, the gore was intense for a wee child but it did spark my interest for the rest of the franchise, following it with Evil Dead II when I managed to snag a VCD copy during my 15 birthday and then completing the film trilogy with Army of Darkness via cable one Saturday night some years later. (I had to thank my mum for that one!)

In a way, the franchise also helped me fill a geeky void during my high school years, introducing me to horror franchising and influences as I looked up the Necronomicon and found about its Lovecraftian origins (in turn, introducing me to Lovecraftian horror), as well as opened the floodgates of comics and horror-based video games as I began reading Dynamite Entertainment's Army of Darkness comic series and at least made aware of the Evil Dead video games.

It was around that time that I also found out about Within the Woods, AKA the proto-type Evil Dead. Reading about it online made me curious and egging to see it but that being the time Youtube was still in its baby steps or non-existing, I can only picture what the short was like...

Until, like many titles here, I got into college; by then, I probably exposed myself to over 100 slasher titles or so, hence I do have a slight idea and reason why I am covering this here short.

Plot-wise, Within The Woods kinda reminds me of movies like Scalps (1983) and Ghost Dance (1980), wherein individuals get possessed and turned into killers after disturbing an ancient native American burial ground. Woods is exactly that, except with two teenage couples relaxing in a cabin deep in the forest, one pair deciding to stay behind to play Monopoly (?!) while the other pair venture out for a picnic. Said picnicking couple finds a ceremonial dagger while digging for a fire pit, angering an ancient evil which proceeds to murder the boyfriend (Played by Bruce Campbell) and turning him into a gory, bloodthirsty revenant.

The rest of the short runs like your standard slasher climax: girl gets chased back into the cabin, zombie boyfriend returns to start murdering whoever is left breathing, final girl remains to fight off and kill her former lover, cliffhanger ending. I guess it is pretty useless to complain about the production quality seeing Within the Woods was made sometime around the late 70s with a mediocre budget ($1,600, if my sources are right) before being nearly forgotten, but if one would try to forget that this is the supposed stepping stone for the first Evil Dead movie and simply look at it as a short film, it is criminally terrible.

It's hardly visible with its terrible lighting, the script is simplistically cheesy and the plot is pretty non-existent, but I feel that this movie will cater more to fans and probably the few with the patience of a forgiving God, as its concept is still pretty fun in its plainness and the gore effects (those that we can see) look terrifyingly intense despite the low budget. I guess it's grindhouse quality helps ease any dissatisfaction I have with Within the Woods, fueling me with a strong sense of nostalgia that's enough to overlook most of its flaws and just see it as a nearly lost piece of horror cinema so, in a way, this short did okay. Just okay.