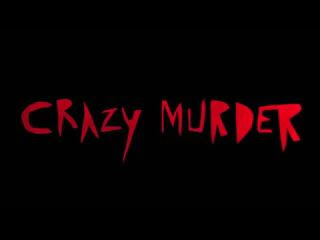 Huh. And here I thought 2015's Headless was the most depressing slasher flick I've seen. 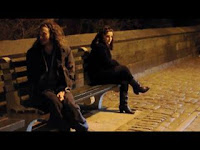 Covering Crazy Murder is a task proven difficult since apart from being a really upsetting piece of work, there isn't really much to talk about the movie story-wise; made with a decent budget, it simply follows the existence of a nameless deranged vagrant within the span of a single year, as he randomly murders people while suffering through unspeakable breakdowns that worsen as time passes. There is no real plot, just a collection of moments that more often ended up with a murder or two (Or three. Or five), if not with the vagrant wallowing on his own vomit, defecating himself, or dreaming about hoodlums torturing him. 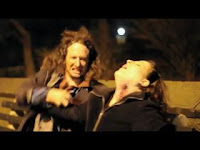 This being said, it is best to compare Crazy Murder with a performance artist; while most will just see is a homeless psycho doing unspeakable things to himself and to the people around him, (and this might just as well be the case), those willing to dig deeper into what they are seeing may find a meaning tuckered underneath and within all the gore and bile, a hyper-realistic interpretation of a situation happening somewhere right now. In every brightly-lit city is an underbelly, and in this underbelly is a man or woman slowly losing her mind and wallowing in a world only they understand. We can never tell what they will do next and the killer in this movie is the worst-case scenario, shockingly (and realistically) murdering people who are simply just there, ranging from the fellow homeless and other crazies, to innocent bystanders and even good Samaritans. It's an extreme case but a possibility nonetheless, a fact that actually frightens and depresses me. 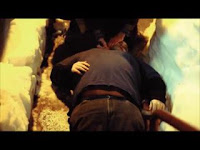 With this kind of concept, it's not hard to say that this is a movie that will not cater to everybody's taste, this including horror fanatics. One big nitpick I have with Crazy Murder is that the situations the killer vagrant goes through are a little too convenient on his part, with hardly anybody seem to be around to take notice of the murders and vileness he commits. After all the repetitive cycle of violence that honestly didn't go anywhere, (except, of course, shock us) I was left wondering how exactly is this guy still around killing people over the span of a year when, with today's advancements in technology, he could have been easily caught within a few months. In fact, he did a few things that will surely grab some a lot of people's attention (crash a car, dress up in nothing but duct tape and a knife taped unto his mouth, kill someone in broad daylight, just to name a few) and yet, nobody ever reported this as something suspicious? Perhaps they did and the film just decided not to show it to maintain the single person focus, but a little conflict couldn't hurt. 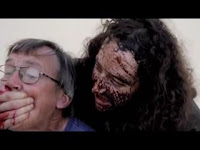 If I have anything positive to say about Crazy Murder is that I am impressed with the portrayal of our vagrant here by Kevin Kenny. I am a guy growing up and living in an urbanized third world rock (Manila, Philippines) and my city has it's share of wandering crazies and homeless, so I can tell that Kenny's take as one is pretty close from my perspective. The mad ramblings, the disgusting habits and measures, the threatening persona, this nutcase actually frightens me and I have not felt this scared of a portrayal since Bill Moseley's Otis Driftwood. This is a lot to say for a main character in a death porn movie with hardly any story.

Special effects are also terrifyingly realistic and the few shock scenes are actually hard to un-see, which may be a good or a bad thing depending on how well you can take the punches. Overall, I say Crazy Murder works as a disgustingly disturbing dark look into the possible unforgiving bowels of society. Some people will hate it, some people will understand it, and I'm sure a good 0.6% are probably out "purging" the homeless right now in fear of something like this happening because it is just that upsetting. Me? I'm gonna avoid seeing this film (ever) again but I am not gonna stop people from trying this. If you will see it, just remember there are no happy endings in this one.