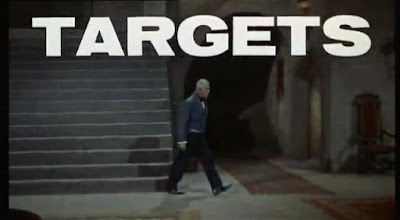 If there will be films out there showing the transition of cinematic monsters from folklore ghouls such as vampires and mummies, to maniacal men of slasher flicks, Targets is one of them. 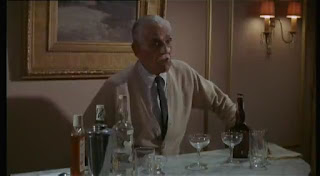 In one of its two parallel plots, Boris Karloff plays a semi-autobiographical character named Byron Orlok, an aging veteran horror actor who wanted to retire, believing he and the roles he plays are outdated as there are far more horrible things people can be afraid of like mass killings and war. This, though, isn't sitting well with most of his colleagues, seeing his claims as either a horrible joke or Orlok just not being satisfied with the current project he is working in, much to the concern of his secretary Jenny and a young script writer named Sammy Michaels. In the end, Orlok agrees to at least make a final in-person promotional appearance at a local drive-in theater for his fans before leaving Tinseltown for good. 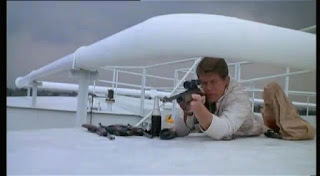 In the meantime, we have Bobby Thompson, a clean-cut insurance agent and Vietnam War veteran living in the suburban San Fernando Valley area with his family. Underneath his quiet demeanor, though, is a deeply disturbed gun collector just waiting for the right time to put his sharpshooting skills to the test on some worthy targets. One morning, he finally gets to do what he wanted murdering his wife, his mother, and a delivery boy at his home before spending the afternoon on a killing spree, shooting people in passing cars and, eventually, at the very same drive-in where Orlok is to make his appearance that evening. 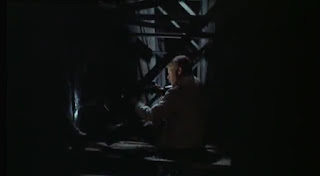 More of a thriller than horror, Targets is an interesting fiend of a movie that tackles the subject of human monsters and their place within society, particularly in cinema and the then-ongoing Vietnam war. On one end (and perhaps at a first glance), one might draw the conclusion this film will be nothing more than to show jarring scenes of a madman hunting innocent people down like deers but with Karloff's half of the film focusing more on his character's career and his point of view of what truly makes a horror film scary, this title sides a tad closer to being a dark, modest and quite clever satire of what can be considered terrifying within the ever-evolving modern horror media, thus bridging itself to the unnerving shootout happening in media res, perpetrated by the nihilistic and psychologically damaged. 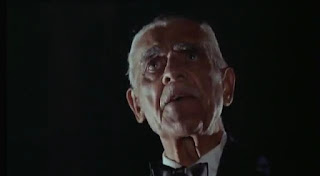 Amazingly, both halves of Targets work quite well thanks to the strengths they're focusing on; with Karloff's half, it's mostly character study so it definitely helps that his role's a fun one with his "old timer" wit and somewhat snarky remarks for his own works, as well as the fact that his character kinda has a point to his opinion concerning his job as a character actor and the state of horror in that day and age. It also helps that he's surrounded with a decent amount of fair performances by the likes of Peter Bogdanovich and Nancy Hsueh as an enthusiastic script writer and well-meaning assistant respectively, adding some layers within the Orlok character through his interactions with them, thus further shaping some backdrop to his consideration for retirement. 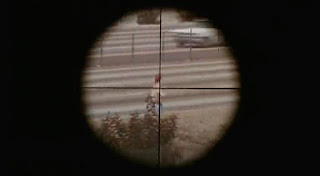 In contrast, we don't exactly get to see much why our gunman spirals into the need to commit his crime despite the presence of dialogue and interaction at his part of the plot. Played by Tim O'Kelly with much  normalcy and quiet demeanor, Bobby spends a fair amount of his screentime being a guy who can easily blend in with the crowd, spending time with his wife and family all the while keeping up with a little collecting hobby. The only bits of red flags here and there are that young Bob here is a Vietnam vet, his collection happens to be of guns and he, at one point, aimed his rifle at his own father during a shootout session. We can tell at that point that he's not right in the head but the lack of further explanation and the way he pulls off this rather near-realistic shootout as if it's simply a thing he has to do (despite he himself not understanding why as well) makes up quite a lot for Target's lack of exploitative blood work and gore for just how depressing and uneasy these shootouts can get. (One scene had us looking at the aftermath of a shot victim in which their own child sits next to them, crying.) 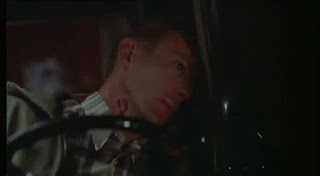 The only matter here that I think could have gone better was the ending; with Bobby now terrorizing the same drive-in where Byron is at, our gunman was soon forced to make a run for it when he realizes he's outnumbered, coming across Karloff's character as he approaches to confront the madman. Without giving away much, let's just say the downfall felt too quick, reducing a killer to a sniveling coward just after a few blow and leaving Byron to question himself if that was what he was afraid of? I guess it can be seen as the film's attempt to further ground the killer in a more realistic plight, if only they didn't show him later smiling, being escorted to a cop car while remarking how he "hardly ever missed", thus pinching a slight side of misplaced cheese and dark humor.

With all of this, Targets is clearly not a slasher film, but it is an interesting watch that says quite a lot regarding "human monsters" in cinema and might as well be one of the few titles out there to drive horror cinema to the modern era. Whether you look at it as a spree killing horror movie or a cinematic satire, this is one recommendable title I encourage all true fright fans to see.