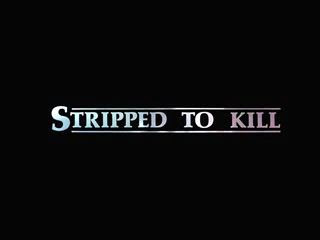 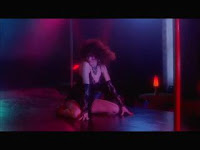 Whether you call it a strip club or a gentlemen's club, in a horror movie (or in this case, a thriller with slasher undertones), such a place of business may as well be a murderous psychopath's hangout should they ever need a day off from stalking lone teenagers at night, or whenever they're in need of another victim to strike terror at. Movies like Mardi Gras Massacre (1978), American Nightmare (1983), Last Dance (1992), and Zipperface (1992) are some fine (and not fine) examples of this titillating attempt to merge strip show fetishism and bodycounting, but I'm just gonna go out of the blue, pick between the flabs of this sub-genre fab and cover this Roger Corman produced 1987 entry instead. 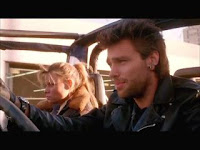 A dancer from a seedy strip club called Rock Bottom gets a call during her shift from someone she agrees to see later at a park. There, she gets attacked and pushed off a small bridge by an assailant obscured in shadows before getting doused with kerosene. By luck, Cody Sheenan, an undercover detective dressed as a bag lady (for some reason), was chasing a petty thief when she tripped over came upon the dancer's body. Though Cody tries to save her, the assailant somehow got around to set the stripper ablaze, thus setting an investigation into motion. 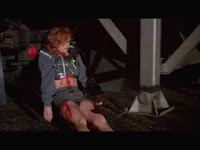 Intrigued by the attack, Detective Heineman suggests Cody to go undercover once again to get more info, this time as a dancer at Rock Bottom. After somehow winning Amateur Night with an awkward strip show, Cody got in and suspects a weirdo who always had a hand in his coat pocket as the perpetrator. Whether Cody's is right or wrong with her hunch is up for her and Heineman's debate, but when another dancer bites the big one, it is at least clear that someone's out to depopulate Rock Bottom of its girls and Cody may need to hurry and figure out who the killer is before she's next. 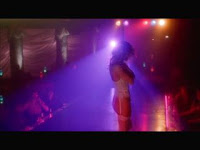 I find it hard to keep a straight face while watching Stripped To Kill despite all its indications that it is supposed to be a straight thriller. Its supposed mystery is undoubtedly weak thanks very little twists and turns made to at least keep the story engaging enough, and the fact that it's lazily padded with countless pole dance sequences that, while fun at first, gets awfully tiring when some of them seems to go on forever. The murders are okay to say the least; nothing overly dramatic save the first murder so don't hold your breathe expecting splattery and/or memorable murders from this strip show bodycounter. 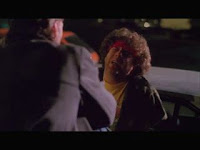 Even so, Stripped To Kill is not unwatchable; the cheese is certainly a grace given to this film and the story did get a lot more interesting at the last third when the killer's identity gets revealed and a long chase through the night quickly follows. From a small apartment to the open streets, to the hoodlum-infested park and finally all the way back to Rock Bottom, the entire third act is where it gets the most slasher-esque, complete with a kinda Scooby-Doo inspired unmasking and a killer's motive that hardly made any sense but chuckle worthy for how simplistic it was. 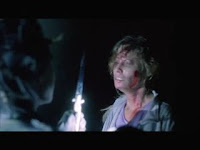 Not gonna say this is a recommendable movie as it is likely to be forgotten for about, I dunno, 2 to 4 days tops, but if you get the chance to see this shlock, I say give Stripped To Kill (1987) a try and expect not too much from it. It's a cheap thriller with slasher undertones that centers on a gentlemen's club, what else is there to say?