Note: These are in no particular order (save the last ten) and they're all personal picks, so, nope. Your faves or your orders does not matter here! Muahahaha!...ha! 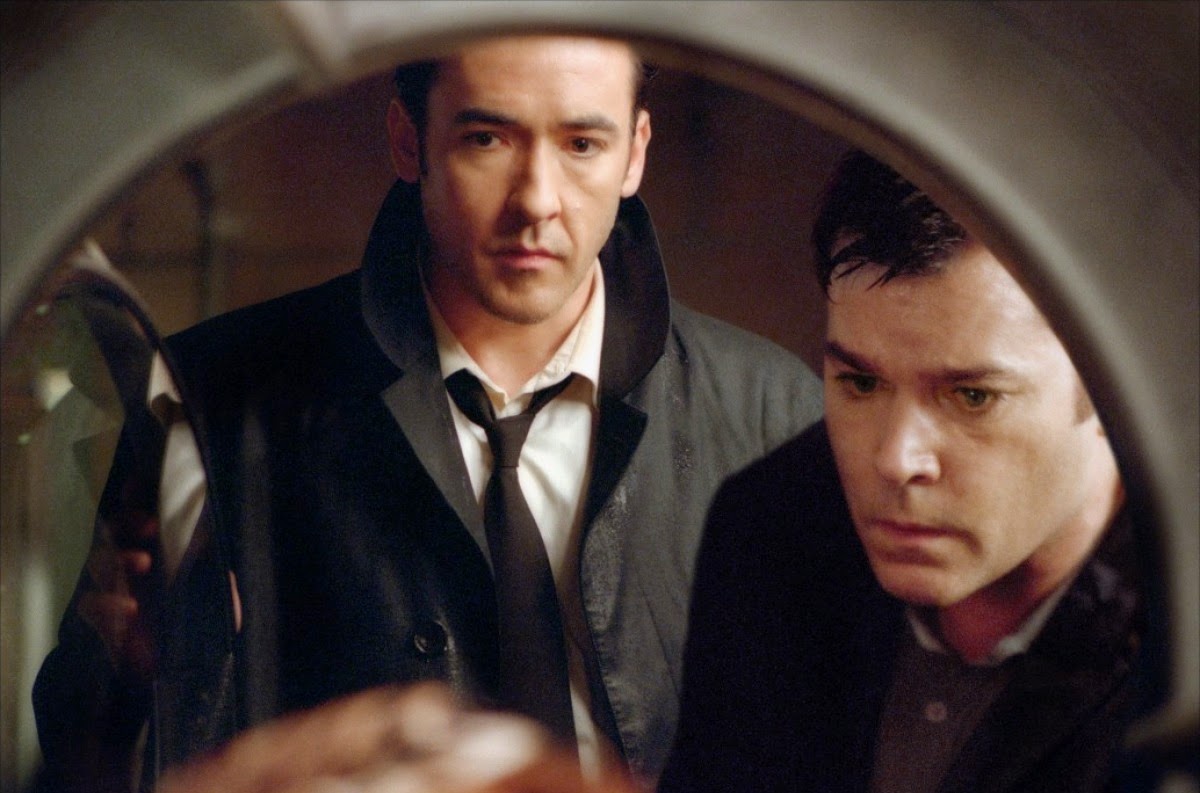 Eleven strangers got stuck in a motel during one stormy night, wherein they find themselves dwindling down in numbers. Sounds pretty generic? Don' be fooled, this movie got more twists and bloody turns to elevate this "thriller" into a pure slasher movie.

Bloody Best Bits: One suspect was left alone and later found killed with a baseball bat in a display most shocking.

Carrie (any version) may have the "revenge of the teenager with powers" in the bag, but Evilspeak does a little better for me since it had the guts (and blood. and dismembered heads) to give us a much more gorily satisfying finale as one bullied chap got his sweet revenge on everybody that wronged him with the help of black magic and a computer. 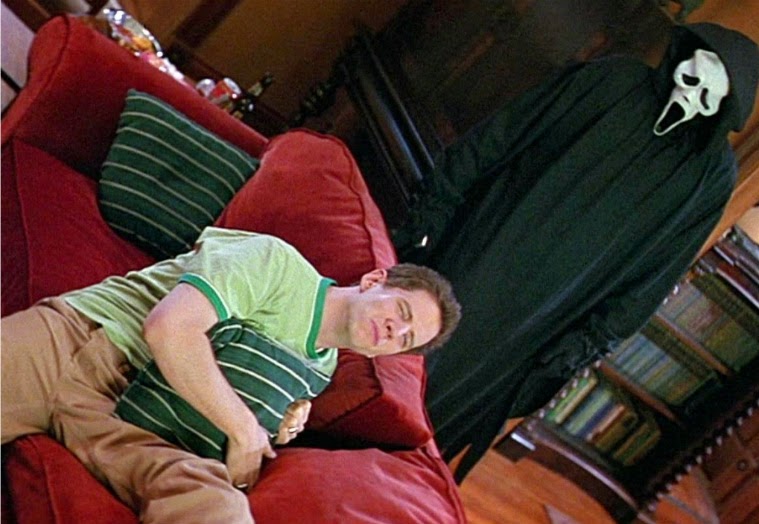 Wes Craven's bonafide 90s hit gets a warm welcome mat on this list for saving the sub-genre from obscurity and relaunching it for the mainstream audience. How? By giving us one wonderfully written whodunit about a small town terrorized by a ghost-faced killer, who may have something to do with a local girl who lost her mum a year prior ago.

Dracula vs Frankenstein! King Kong vs Godzilla! Adam Sandler vs Ben Stiller! We all love monsters brawling it out, so seeing two slasher icons battle for blood and glory is a dream come true for us horror fans. Left powerless since the Elm street kids stopped believing in him, Freddy brought Jason back to life to spark paranoia under the Springwood Slasher's name. But when the masked hulk begins to murder more than what Freddy had hoped for, the two clashed for an epic showdown for slasher supremacy.

Bloody Best Bits: The fights. Both in the dream and the real world. Obviously. 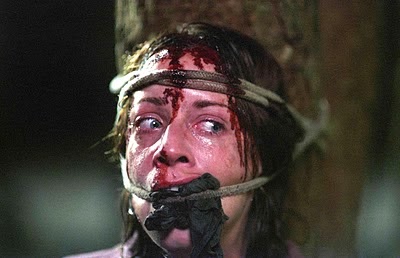 A band of office co-workers from a weapon sales company meets grisly ends when mercenaries show up to make mince meat out of them. Chock full of laughs, gags and bloody mayhem, Anyone with smarts can find a chuckle-worthy time with this.

Bloody Best Bits: How hard is it for four people to remove a bear trap off their buddy's leg? Hard enough for them to mess it up and get said friend missing a limb. 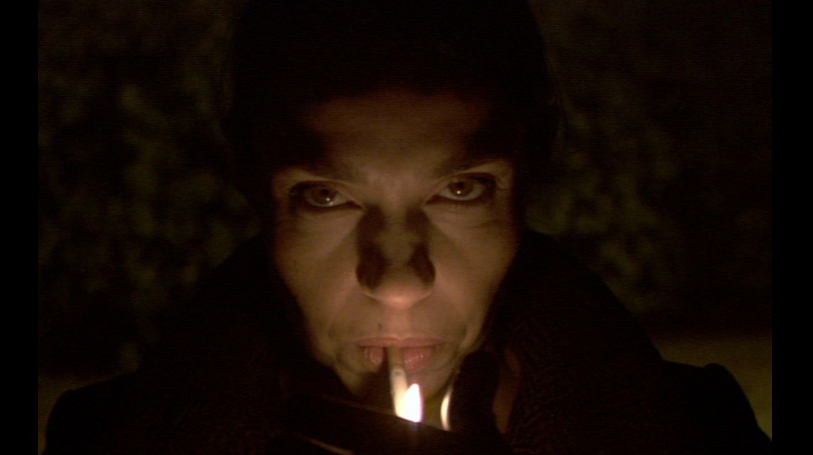 On Christmas Eve, a lone pregnant photographer meets her worst nightmare on the form of a deranged woman breaking into her house to steal her baby straight out of her womb. What soon ensues is a body count, one mentally scarring film and a house with each room stained with blood.

Bloody Best Bits: There's this pretty grim scene where the villainess mercilessly murders a hooligan and then watches him death-rattle his way trying to hurt her. Of course, there's also the finale. (You cannot unsee it)

An underrated 90s teen-kill, this fondue pot of slasher cliches passes with flying colors thanks to its creative streak of utilizing urban legends as the killer's MO, as the hooded maniac slashes their way through coeds in a murderous rampage.

Bloody Best Bits: I adore the opening murder, which is based on my favorite urban legend. Apart from that, there's also the pop-rock prank and one microwaved party animal. 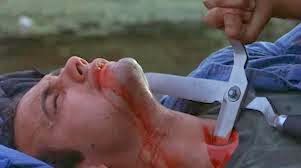 A vengeful groundskeeper returns to the old camp he used to work on to terrorize youngsters and counselors in a twisted sense of revenge. Accused of being a Friday the 13th rip-off, The Burning is a slow burn that does things right with brooding tension, a menacing killer and top-of-the-line gore effects courtesy of Tom Savini. 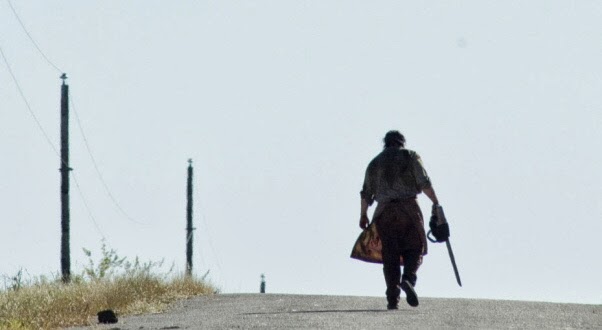 Taking place some years prior the events of the 2003 Texas Chainsaw Massacre reboot, we watch how Thomas Hewitt turn from a disturbed meat packer to a powertool-wielding cannibal juggernaut. I really don't understand the hate for this title; I find the story more interesting than the slasher-standard remake this title is supposed to follow, plus the kills are a lot juicier with the red stuff.

Bloody Best Bits: Thomas gets revenge on his boss, and does a money shot with him and his first chainsaw. 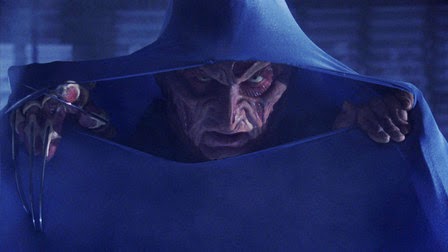 Perhaps the most unique entry to the Nightmare on Elm Street franchise, taking place in the "real world" where an evil entity takes the form of Freddy Kreuger and haunts Heather Langenkamp as he murders everybody dear to her.


Bloody Best Bit: The opening act involving a possessed movie prop in a murderous rampage. And then there's that one scene that kinda tugged a few strings for me: Heather's young son crying out to his imaginary dinosaur for help. Yeah, childhood fears, right there.

Next: The Honorable Mentions
dun-dun-duuuun!
Posted by Kaijinu at 3:46 AM