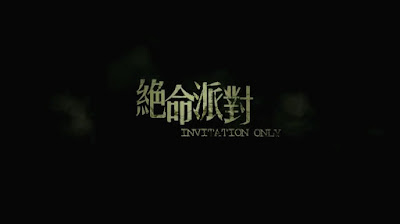 Average guy Wade Chen is a chauffer who finds himself escorting a rich corporate CEO around town one day, only to accidentally find the high profile client getting scandalously frisky with a supermodel at a car park. As an apparent mean to buy his silence, the CEO hands Wade an invitation to a secretive party exclusive only to society's elites and instructs him to pose as his cousin. There, he and four other newcomers to the function indulge themselves to everything their hearts desire, this includes a little pitch of writing down their wildest dreams at the back of their invites so the host can grant them as welcome gifts. Things were good.
Too good.

It isn't long before we see someone in a papermache mask stalking the newcomers, bloodily maiming them before putting them on stage for a torture spectacle for the depraved rich. It turns out these five debutantes have their own little indiscretions with the wealthy and the whole shindig is how the high class get even with their misdemeanors. As the crowd cheers for their demise, what remains of the group has no choice but to fight back if they want to make it out of this nightmare alive.
Practically, Invitation Only (2009) is a melting fondue pot of slasher film stalk-and-stab and sadistic torture porn horror show as it starts off with a lot of quick yet brutal kills courtesy of your classic masked maniac before transitioning to a Hostel clone with an arguably decent amount tension and bloodshed. Notable gory moments include one wannabe politician getting his groin crushed with a pair of battery clamps before having them cooked ala deep fried mountain oysters, while a thieving nurse gets an impromptu face surgery with salts and a stapler. This said, there's nothing new to speak of here as the format of the plot and little details here and there are lifted from Eli Roth's film (Heck, one guy who happens to be American even look like Roth), though I have to give credit when credit is due as director Kevin Ko seems to have a good understanding on what makes both the slasher and torture porn elements work as the gruesomely inventive set pieces do enough to have enough of an impact despite being done before and the obvious lack of budget. 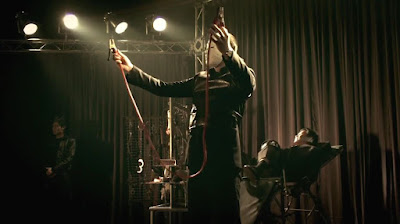 The characters are mostly a viable bunch, especially our main man Wade who, while not an entire saint, is a decent average joe of a guy who just wanted to taste a bit of the good life after being pushed around by his superiors. Interestingly, there's an attempt to give more layer behind the entire torture show as the host shares his past involving one of his father's former clients kidnapping him and his sister as a child and holding them for ransom, only for his sister to die during the ordeal, but the implementation of it is flimsy at its worse and it quickly devolves into yet another "we can do this because we're rich" shtick. This misguided plot detail is hardly a distraction to the gory meat and bone of things, however, so it isn't that hard to overlook.
Standing in that fine borderline between inspired and ripping off, Invitation Only (2009) is an agreeably solid slasher/torture porn mash-up from our Taiwanese friends that delivers enough thrills and bloodletting to be undemandingly entertaining, given you can forgive its recycled ideas and horror tropes. All in all, not too shabby!
Bodycount:
1 female head and hands found inside a purse
1 female had her throat cut
1 female had her throat cut with a dagger
1 male seen dying from wounds
1 male had his groin clamped and electrocuted with a car battery
1 male shot on the head with a shotgun
1 male beaten to death with a lead pipe
1 male shot with a shotgun
1 female had her throat cut with a kukri, bled to death
1 male decapitated with an axe
1 female bled to death from a stabbed gut
Total: 11
Posted by Kaijinu at 2:47 PM