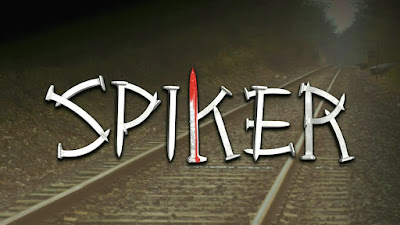 Spiker (2007)
Rating: *1/2
Starring: Carson Grant, Michael Fedele, Josh Folan
Serial killer Adam Brandis, AKA The Spiker, was to be transported from a local prison to a mental asylum when murders his way into escaping and makes his way to a house formerly owned by one of his early victims. Unknown to him, as a way to celebrate his supposed lock-up, three jocks and their respective cheerleader girlfriends crashed the place to party, have sex and, of all things, hold seances. One of the girls just happens to be the niece of the house's late owner, so it's not all too surprising she's suddenly seeing ghostly visions of an undead bride and Spiker menacing them. Can she figure out in time that their lives are in danger? Or will it all be too late by then to escape the serial slasher out for blood?

As a product, it appears Spiker (2007)'s purpose in existing is simply be one of many dime-in-a-dozen slasher movies you'll likely find in bargain bins. In all honesty, I wanted to enjoy this film a little bit more since I do like its gimmick of a tall, rail road spike-wielding, albino mute out killing people (because ghostly white skin and red eyes do look intimidating on a slasher, I guess), but there's not a lot else going on in the story aside from the standard dead teenager jig of bad dialogue, cheesy acting and hardly compelling plotting that are rather tiresome at their worst, and the production quality is distracting in its cheapness.

Granted the story did try to twist things with a ghostly urban legend involving the Shaw house, thus the inclusion of a spectral bride and her cryptic history with the killer (and too one random hobo-looking dude that just pops out of nowhere from time to time), but its execution is still pretty weak as the ghost doesn't really do much but simply be there and look as mysterious as an afterschool play make-up and late-2000s low budget computer editing can afford, occasionally guiding our nominal final girl to some clues on how to survive Spiker's rampage. Basically, it's padding and not the good entertaining kind. 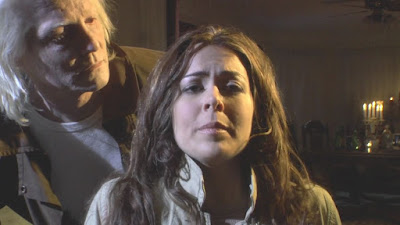