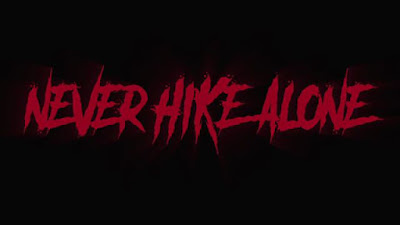 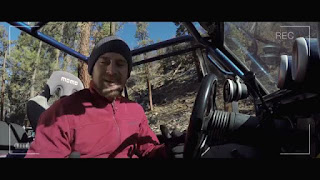 I made it a rule in this blog not to cover too much fan films for reasons that not a lot of them have the right impact for me despite how fun and interesting some of their ideas are. Maybe it's the quality of the work (no offense), maybe it's the unfinished look that some of these films have thanks to their short running time (again, no offense), but I guess it all rolls down to the fact that I'm a bit obsessive compulsive with this blog's contents. As in "I'll watch a fan film just to pass the time and/or have fun, but since it's not part of the real canon, I'm not gonna cover it."

Of course, I will make some exceptions. Especially if the resulting work looks anywhere as good as this little number from writer/director/actor Vincente DiSanti.

Vlogger Kyle McLeod is on a solo hiking trip through the backwoods when he finds a deserted camp near a beautiful lake. After browsing through the ground's remains, he soon finds a rotting body within one of the derelict cabins and it becomes clear that he just stumbled upon a place where people like him are not welcome. And thus enters Jason Voorhees, an old legend in a hockey mask, there to make sure Kyle leaves this land in pieces. 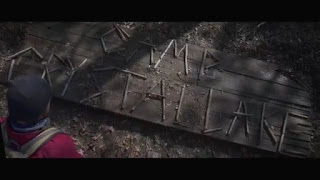 Funny thing about Never Hike Alone is that I never knew what I was getting myself into. I never read up about it save its ambiguous synopsis on Youtube, nor did I watched any of its trailers or promos. All I knew then was it's free, it has a pretty cool title, and it sounds awfully lot like a generic backwoods survival/stalker horror, so imagine my surprise when I find out I was watching a Friday the 13th fan film, one that's competently put together, a bit unique plot-wise and remains entertaining from beginning to end.

From the get-go, Never Hike Alone plays the fan film card pretty low key as it starts typically like your average modern backwoods horror thriller with a bit of found footage element thrown to it. This approach had the movie juggling first and third person perspectives from time to time as we follow Kyle through his adventure, a narrative style that nicely builds up the anticipation to where exactly the plot will lead to, all the while giving the McLeod character a bit of personality as a thrill-seeking type.

It wasn't until when the weather-worn Camp Crystal Lake sign made an appearance that the movie begins to transition to familiar stalking grounds, pacing  itself to give our lead some time to set himself within the mythos of the Friday the 13th franchise. Quite interesting, though, is that once hockey masked juggernaut Jason Voorhees appears in the flesh and begins his tireless assault on our hero, Never Hike Alone resembles less of a hack'n stab bodycounter and more of a backwoods survival type. 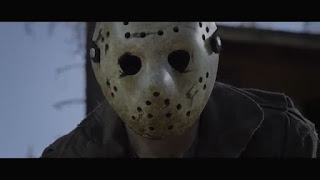 The film eventually did get to have victims pile up but this came into play at the near end and it's mostly made up of false endings and offscreen killings. This meant calling Never Hike Alone a slasher can be a long stretch and it could even be a very big drawback for those expecting Jason hacking people dead left and right for every ten minutes. The way I see it, though, it's poetic: since our protagonist enthusiastically hikes for his vlog and is a bit of a survivalist, what better way to try and test his survival skills by putting him in a situation that's beyond normal?

On that matter, the second half of Never Hike Alone is like the last third of a good Friday The 13th movie, where a final girl (on in this case, final boy) tries their best to end the pursuit, only to have the pursuer get back up, seemingly unscathed, and proceed with his attack. Alone does this not only with wonderful camera work and great atmosphere, but also with an understanding to how the franchise works, especially how Jason does his stalkings: no traps, no magic, just pure backwoods revenant horror, leaves and rubble breaking underneath his footfall, his movement hulking and silent.

I would say our big guy's portrayal here resembles somewhere between Ken Kirzinger's at Freddy VS Jason, and Derek Mear's of the 2009 reboot. The only real peeve I have for this Jason, however, is how he looked unmasked and often his "signature call" was used: the make-up is fine and all, but his face just looked too zombie-like and it's completely in contrast to the rest of his body save a few rotting patches here and there. Plus, I'm sure his "call" isn't his way of breathing, because that's how it sounded like here. Thankfully, these are very small flaws from an otherwise wonderful performance from DiSanti himself (yes, he wore the mask, too. I did say he acted) and I learned to get over these pretty quickly. 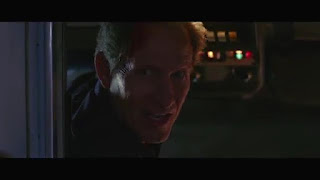 From what I heard, the project was originally just 22 minutes long but due to a successful Kickstarter funding, Never Hike Alone managed to earn enough moolah to stretch into a near-feature and even snagged actor Thom Mathews, Tommy Jarvis of Friday the 13th Part 6: Jason Lives, for a badass cameo role. It's definitely a variety from your usual Friday the 13th slasher flick with its lack of bodycount (though some "kills" were gooey-satisfying), but I am glad to see this franchise from another, more thriller-based angle. What else can I say but good show, Mr. DiSanti! We may not get our promised Friday The 13th movie this 2017, but you certainly satisfied my craving for another of Jason Voorhees' reign of terror!