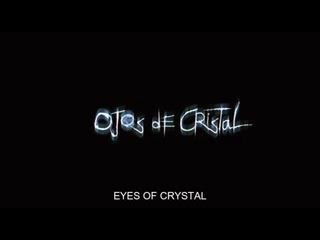 The Italian giallo never really died, if you come to think about it. Many people seem to believe so but I'm one with the crowd that says otherwise, looking at all the hit-and-miss attempts made at a scattershot throughout the years, even in this day and age. 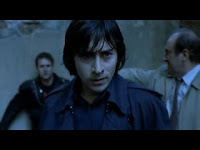 True, some of these titles are more likely to resemble an overly-complicated gory slasher with candy-colored lighting and odd choice of music, (and a good dose of them doesn't even come close to being as entertaining as a genuine giallo) but once in a while we do get a modest shot at the outlandish sleuthing and artsy psychological whatnot that only an Italian crime thriller movie can provide. Eyes of Crystal is one of these modest shots. 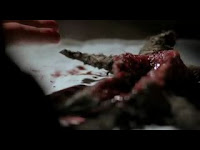 Inspector Amaldi is a man with a scarred pas; after a violent attack took the life of his lover many years ago, he takes on the criminal world with a brutality to match his vengeful hatred against the scums that dwell in it, preferring to cripple or even consider snuffing them dead than simply putting them behind bars. But as Amaldi will learn in his and his partner's new case, he isn't the only one whose savagery baffles the norm. 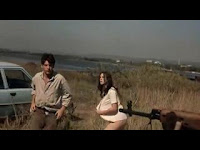 Someone with a hobby for torturing, killing and stuffing animals just murdered their first set of humans, leaving the bodies of two lovers formerly fornicating and a peeping tom previously rubbing one off for the police to find. Inspired by the carnage they just committed, the killer now wants to challenge their own taxidermy skills with a new macabre project, one that involves a Victorian sex doll and lots of fleshy patchwork. As more fall victim to the killer and have parts of them removed post-mortem, Amaldi and company are called in to investigate this killing spree and stop the maniac responsible before a grisly masterpiece is completed.

While there is definitely an issue with some parts of the movie's plotting such as the convenient surprises at the near end, as well as the killer's cliched motive for starting their grim project, I can still say that Eyes of Crystal is a wonderful and very welcome throwback to the golden age Italian gialli. 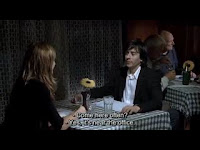 For one, Eyes captures the grit and twist of the European horror sub-genre in near perfection, all the while bringing it up to date with modern sensibilities and a lot of bloody grue. Told true, the film has more common in tone and quality with films like Silence of The Lambs (1991) and SE7EN (1995) rather than classic giallo titles like Dario Argento's Deep Red (1975) or Mario Bava's Blood and Black Lace (1964) thanks to its considerably high budget and near lack of wit and unintentional humor, but many of the classic giallo elements, from striking visuals and expressive scores to the artsy blend of sex and death, are ever present, crafted into the entire narrative in a workably serious undertone. 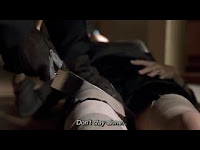 The scripting felt natural despite the outlandish goal for the killings and it effectively fleshed out the characters with depth and pacing that kept them from being your one-dimensional throwaways. Furthermore, the casts playing our characters did surprisingly great in their roles, particularly Luigi Lo Cascio as our lead Amaldi, an authority figure that's both someone we can feel for and be frightened of. Giallo veteran Simon Andreu is also featured here as the dying cop-slash-friend Agent Ajaccio, in what can be described as a humble nod to giallo cinema, though I will say that I felt very underwhelmed for his character's purpose for the story, which is basically a convenient plot device that you know will come into play later. (His character recalls blocked memories about a burning orphanage with many children and some nuns being roasted alive. Why else bring up something this chaotic repeatedly if not for an obvious clue?) 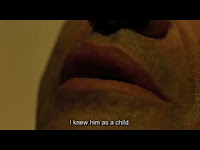 Gore isn't exactly the film's strongest selling point but there are a lot of bloody killings and nasty shots of bodies disturbingly mutilated and/or "fixed" with doll parts that I'm sure will satisfy a bloodthirsty horror fan. There's a more noticeable effort made on imagery due to this, from lingering shots of taxidermied animals to a sudden vision of a dead woman on a peaceful morning, which perfectly fixates the mood of the entire film as an emotionally brutal and sullen post-modern horror noir.

With all of this, Eyes of Crystal deserves the praises it gets from true giallo fans and horror junkies with an eye for style and atmosphere, thus will and should remain one of the strongest recommendations to our fellow bodycounters. What else is there to say but, within the Eyes of Crystal, the giallo spirit lives on!