Anniversary At Jumper's Cliff: Under The Blade of Hate (2009) 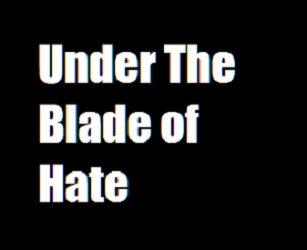 The year was 1997. A young girl sits at the edge of a seaside cliff and watches the skies turn orange as the sun sets, welcoming the night. As she closes her eyes and sighs her last breath, she then stands up and jumps off a cliff, hitting her head on some rocks before letting the sea carry her off. 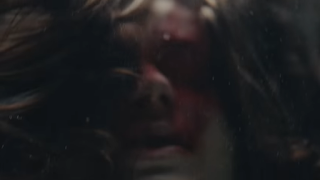 A year after the suicide, college students Jessica Gagnon, Aaron Briggs and Hawk Hewitt are graduating and decided to celebrate it further later that night by buying a box of beer and driving deep into the woods for a bonfire just for the three of them. As they reminisce the good times they had and wonder what would happen to them after Jessica and Aaron goes working in the city and Hawk contemplates on joining the navy like his father, they suddenly get an unwanted visitor under the form of a scruffy vagrant.

At first, the man appears to be timid, practically just begging for food and perhaps a place around the bonfire to keep himself warm, but after he lay eyes on Jessica, he slowly turns erratic and the night of fun turns into a fight for survival as a knife gets drawn and blood is spilled. 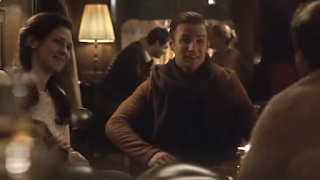 Now, Under The Blade of Hate looked like it was going down the same path as any backwoods slashers do, with typical teens venturing into the woods only to encounter the film's villain, but it wasn't until the last thirty minutes or so that this movie became a bodycounter and it rather resembled more of a drama thriller for the good first hour, which is a bit of a hit and miss considering how the movie approached this idea.

At the thirty minute mark, after a scuffle with a gun and knife left one of the leads bleeding from a neck wound and another shot, Blade of Hate suddenly shifts to a thriller drama through a lengthy flashback explaining the villain's side of the story. While it's no surprise that this had something to do with the suicide at the beginning of the film, I find the melodrama the killer went through a bit rushed and even cheesy at times, which didn't really do well to make him all that sympathetic as the story attempts to. I personally thought Blade of Hate could have gone off without it, or at least found another way to incorporate the idea into the story since I still find it workable, albeit repeatedly used by other slasher movies. 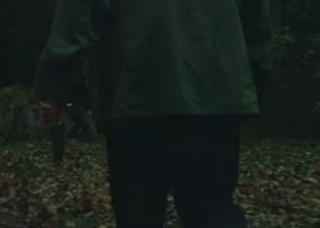 Once the plot gets back to the present, Blade of Hate, as mentioned prior, eventually shifts gear into pure slasher territory and for something as simplistic as yet another chase stalk and kill shenanigans around a forest, the movie does a decently fair job at it. Though the overall kill count isn't that high, the gore and blood effects were some of the better looking eye candy for horror and slasher fans and there are a few effective variation to basic murders that found a good way to balance dread and bloodletting. The ending still has that melodramatic taint to it, but at least it's less cheesy and more satisfying now that some reveals were made about our leads.

Another thing I like about Under the Blade of Hate is that it looks and sounds wholesomely decent even if some of the color tinting and grainy editing used come off more distracting than, well, artistic. Still, if there's more good offered and given than the bad then these are little notches I can learn to either ignore or accept. At the end of it, Blade of Hate is flawed, but a watchable flaw that tries to do things a bit differently for a classic slasher set-up. See it if you can!

Bodycount:
1 female jumps off a cliff, hits her head on a rock and drowns in the sea
1 male gets a syringe full of blood injected into his neck and beaten, later implied dead from a transmitted disease (flashback)
1 female repeatedly crushed inside a garage with a car (flashback)
1 male knifed on the neck, later brained to death with a rock
1 male repeatedly knifed on the back, had his face forced unto the ground and smothered
1 male shot on the head
1 female shot, falls off a cliff
1 male falls off a cliff
Total: 8
Posted by Kaijinu at 3:53 PM