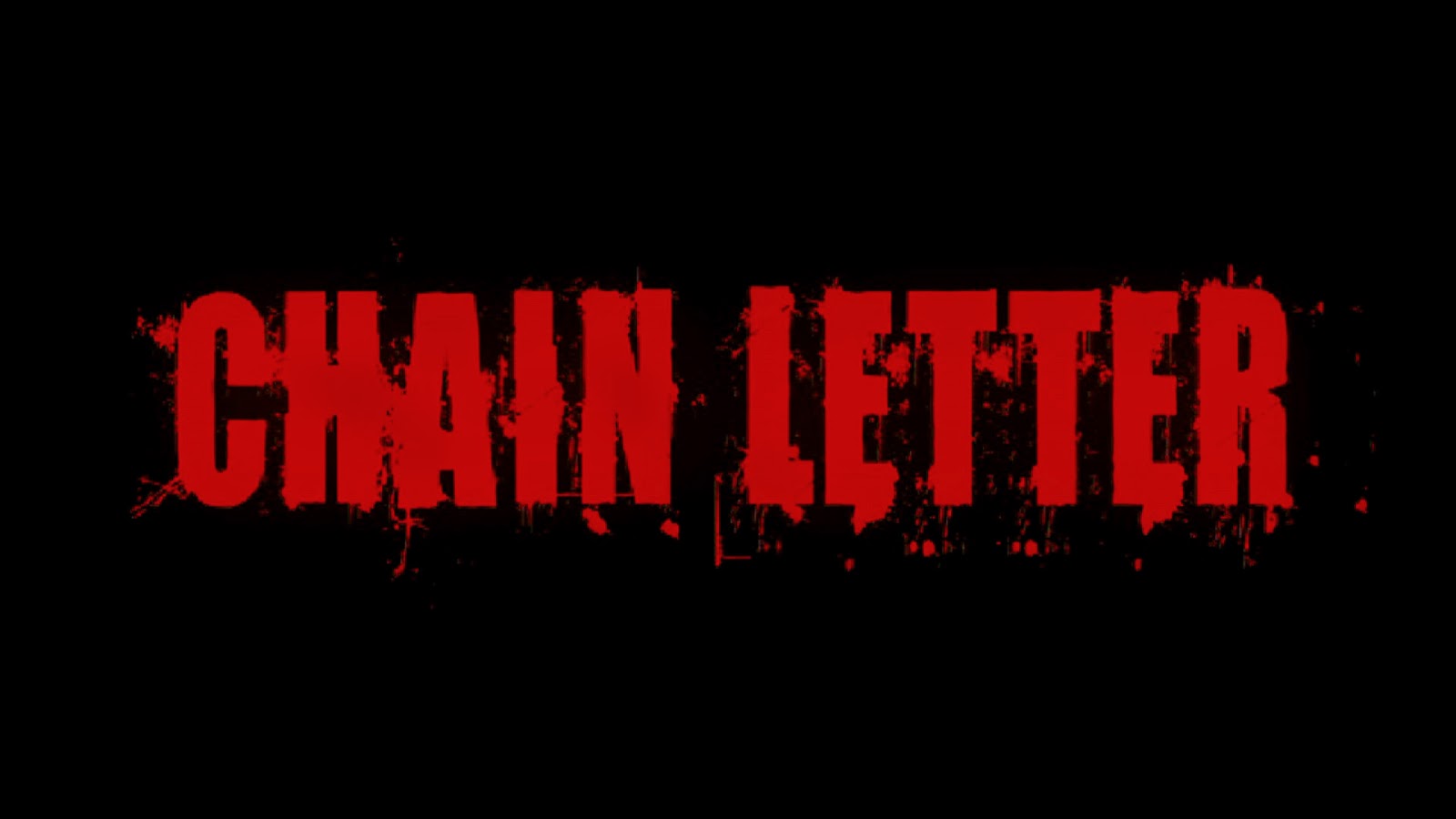 Chain letters. Those annoying spams that's mostly written by some bored tween who's idea of a scary death sounds like a cheap C-list Asian horror. On a hindsight, they used to be creepy when cyberspace was fresh out of the open and when these letters were better written, almost resembling real news bits. Now, with the rampant development of technology, these letters became simple wastes of time that are meant to be thrown to our junk mails.

This 2009 slasher played around with this fact with a deadly twist: what if by ignoring a chain letter that promises your death, you die for real?

Some teens receive a chain mail from an anonymous web persona that calls itself "The Chain Man", instructing them to pass the mail to five others within 24 hours or else they'll meet a terrible fate. As any of us would do in this situation, some of the kids simply ignored this as junk mail but, little do they know, there is indeed a mad man out there hunting and brutally slaughtering those who failed to pass the mail. As the death toll rises, local detectives start looking into a possible connection between these murders to some anti-technology cult that may had recruited a disfigured and completely homicidal soldier who was tortured back in Iraq for owning an American phone (?!)

For truth's sake, the plot had me looking; like a modern day Candyman (1992) where victims pay the price for not believing something preposterous, Chain Letter attempts to update this trend by infusing technophobia to the standard teen-killing spree of the 80s/90s slasher with a good eye for gore.

We got some good acting despite some really cheap characters, fun cameos like Brad Dourif as a Sociology Professor, a sensible social commentary that does had its point, and an intimidating killer that boasts creativity within its weapon of choice (Plus, he's played by Michael Bailey Smith, Pluto of the impressive The Hills Have Eyes 2006 remake!) The problem? Whoever was writing this story have no idea how to do the rest of the gig right.

After the first few killings, the film shifts into an investigative thriller that hardly makes sense as the connections between these teen murder and the anti-tech cult just felt forced, dragging what might have been a simple yet fun slasher movie into a messy pile of cinematic mush that have no idea what it wanted to be. The movie just went on with the chain letters and good gore, skipping a climax and tossing away any reason for the teens to fight back, thus leading to an unsatisfying ending that's gleefully messy but hollow none the less.

I can understand that the producers might have been trying something new and unpredictable on their hands, but they simply tried too hard. The killer's motive was fine, but was there really a need to chuck a sub-plot involving a cult of radicals that hate scientific progress? Was there a need for one of our teen casts to start investigating this matter if she isn't even going to do anything to save her friends or herself? Was there a need for the Chain Man to hoist a victim with chains just to cut his heels with a knife?

That last part, seriously. The killer's big; he could have just kicked the kid's leg joints to the opposite direction before he starts grinding the boy's face with a length of chain. I'm pretty sure it'll work the same way. (Killers and their gimmicks...)

The bottom line is Chain Letter (2009) could have been good if they just kept it modest. Technology in a slasher film is not impossible seeing we have fun titles like Chopping Mall and Laid To Rest (2009), but the trick here is focus. This ride lacks it, so here we are stuck with a half-working bodycount engine that's worth a watch if you really have nothing else to do.

Bodycount:
1 male had his face mutilated with chains
1 male crushed in half by a falling car engine
1 female had her head split open with a  toilet lid
1 male snared with a hooked-tipped chain, hooked through the jaw
1 male set on fire
1 female chained between two cars, torn apart
1 male presumably killed
Total: 7
Posted by Kaijinu at 4:28 PM