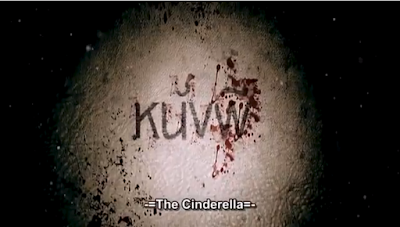 I think I best remember Thailand for three slasher movies so far: the Final Destination-inspired killer phone number bodycounter 999-999999 (2002), the cheesy is-it-supernatural-or-not-slasher fare Scared (2005) and the kinda-metaphorical surrealist horror flick Sick Nurses (2007). Perhaps it's a fad or even a part of the culture, but I kinda notice how all of these have that little peck of supernatural taste to them so it came little to no surprise for me that this little addition to my fairly fun collection of Thai-slashers dabbles with the powers from the beyond.

We start the film with a very popular hunk getting hounded by girls as he leaves for a date. Things were going just fine until the guy drugs his date and ties her on a bed next to the rotting corpse of his sister. Turn out the dude's into rituals and he's planning on sacrificing her to make a resurrection spell work, but just before he could do it...he couldn't. Not with the paid actors doing better than he is.

Turns out the whole opening is nothing but a film shooting and our lead guy, Rashane, isn't exactly well-known for having a great personality, but everybody basically tolerates his big ego as his star power is more or less the reason the main producers are backing up the film. But when a work hazard results to Rashane getting shot in the eye with a crossbow and ran down by a van dead, the big wigs behind the movie decided to give a young co-star named Warut a chance to play the main role and, with the help of a mysterious acting coach whose methods include hypnotism (?!), he manages not only to nail it but also outdo Rashane as a star.

This, though, isn't sitting well with Rashane's occultist mother. Seeking vengeance against the people who in her mind tainted her son's good name, she revives Rashane using ancient dark magic and have him hunt and murder the staffs and cast one by one at the boutique resort where the filming is taking place.

Borderlining between torture porn and supernatural zombie slasher, The Cinderella comfortably dabbles with black magic and gory bodycount when not attempting to satirize the filming business with extremely obnoxious actors, overly superstitious family members of said actors and experimental acting coaches. It's nothing too deep or clever, not with its quick pacing killing off what little extra characterization from the casts and further plot thickening it could have gone through, the movie instead cheeses its way through its unconventional dilemma before unleashing a rather strange looking slasher committing equally strange and (often torturous) murders. With this, the story is pretty simple despite the crazy premise and hammy scripting, but the extremely graphic slayings to come later may cater well for those looking for a strange yet simple slasher about something that basically looks like Silence of The Lamb's Buffallo Bill's skin suit brought to life. There's a somewhat decent explanation to why our killer ended up looking like this (apart from the part he got mangled in that fatefully deserving car crash) which ties nicely to a surprise reveal and twist that are, again like the rest of the movie, coated with as much ham and cheese as it can allow.

Goofy fun and stomach-churningly graphic, The Cinderella's "seen it, done that" level of story telling may sit well for some audience, but for those who are looking for something a tad better than just another torture porn/slasher hybrid may just easily pass this off in a heartbeat. Personally, I enjoyed this little number for some genuine laughs and satisfying my little bloodlust for gory torture and onscreen death, but it offers very little else apart from a good twist so I find it as nothing else but a fine but guilty pleasure for me that I may get around seeing again perhaps after a couple of years or so out of curiosity or boredom.

Bodycount:
1 female corpse seen (film)
1 male shot in the eye with a crossbow and ran over by a car
1 male had his skullcap sliced open with a bonesaw
1 male gets a billhook through his head
1 male had his back flayed and salted, killed
3 males found murdered
1 female had her silicones cut out from her chest with a scalpel
1 male shot with a crossbow
1 male stabbed in the chest with an arrow
Total: 11
Posted by Kaijinu at 2:06 PM