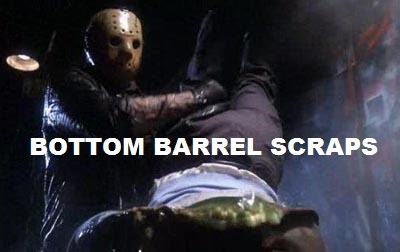 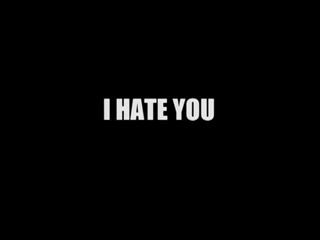 Welp, this is one Sunday afternoon back at 2013 I'm not getting back. I Hate You follows a comedian with a morbid sense of humor venting out his frustrations as a failed comic by murdering random people during his free time. It's supposed to be this satirical dark comedy that's kinda reaching out for a meaning behind the carnage but all I saw was a lot of uninteresting talk, unfunny jokes and unengaging drama packaged with a series of bloody yet uninspired murders.

It isn't relatively long but the lifeless portrayal of a supposed comedian anti-hero made I Hate You a very tiring film to watch and I couldn't be happier by the time it is finally over. I Hate You, too, movie. I Hate You, too... 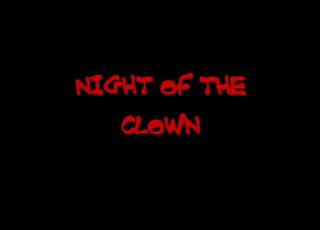 How do you save money from casting other people to act in your micro-budget movie? Why, play six different roles and use the good ole' "they are sextuplets" plot element, of course! But will this guarantee a fun horror comedy as a result? Welp, if the story is shit to begin with and the final products looks more like a film project that never meant to see daybreak then, no, it just shows how cheap your movie is, how too routine its writing can be and probably will make some folks like me question your talent as a filmmaker. If you really wanted to know what went down in this dreck, though: a woman is visited by her husband's identical brothers to discuss about some inheritance from a pickle company, only for the boys to get offed by a loon in a clown costume. Big dumb supernatural reveal, this way come! 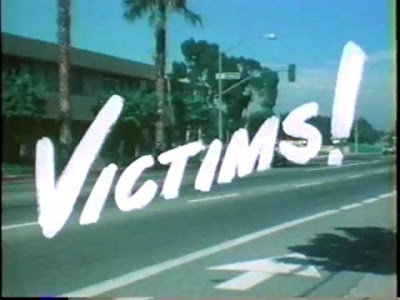 The best thing about Victims! ? Its opening sequence featuring a killer in a terrible grandma drag hacking random women to death, only to be tackled down in broad daylight by a heroic citizen after knifing a victim in public. Do you wanna know why this is the best part? Cos this is the ONLY reason Victims! keeps getting roped as a slasher. The rest of the movie has nothing to do with that massacre and is instead a lint-budgeted rape-and-revenge/survival thriller hybrid centering on a group of girls in a desert (supposedly studying rock formations, but all I see they do is frolic in bikinis and swim in a lake) getting harassed by a pair of jailbreak-fresh robbing rapists. The acting in this is just abysmal, slaughtering away with it any sense of shock and intensity the film might be wishing for us to see. Audio is probably the worst thing about Victims as I can't really tell what's everybody gawking about most of the time, this including around the dialogue-heavy ending. Can you just imagine sitting through an entire movie with barely audible audio? So much fun...

Bodycount:
1 female gets an axe to the head
1 female hacked to death with a meat cleaver
1 female knifed to death
1 male shot
1 male bludgeoned with a shotgun
1 male falls to his death
1 female shot (flashback)
Total: 7 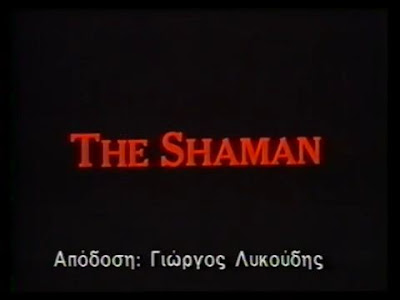 And now, a rarity of a movie deserving its rarity. The Shaman follows the titular bad guy convincing a frustrated writer to become his prodigy because... magic powers say so. Said prodigy initiation involves killing some people and we do get a couple of (boring) murders, but the rest of the film eventually becomes this test of patience, alertness and probably how long one can keep their sanity watching this film as the shaman brainwashes the parents of two children into doing his murderous bidding too, which kinda questions why our supernatural(?) bad guy here is having such a hard time making a prodigy out of a whiny writer.

The obvious low-budget is obvious, the atrocious talents involved are just laughable, and the story is as muddled as an elephant's watering hole, which makes its 80 or so minute running time feel like 80 years. How exactly did I end up seeing this, I can't recall, but I bet it was some sort of evil ploy to shorten my life span coz I just wasted a piece of it seeing this turd... 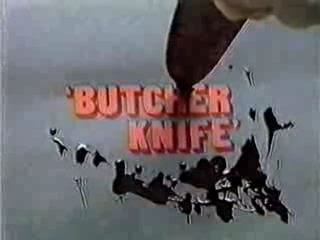 You know you're in big trouble when a 56 minute movie felt like 3 to 6 hours long. I might be exaggerating but I honestly recall trying to keep myself awake more than once just to stay focused on this movie for the sake of this review, a life choice I now question along with what's left of my sanity.

Basically, the movie's about a doctor who runs a pregnancy counseling center driven mad into killing the patients he performed abortion to (deeming some of them as 'murderers', oh the irony), as well as his mother fucking ugly hag faced I mean, God! Look at those eyebrows! I swear I thought she was a man in a drag wife who've been cheating behind him.

The production is inept at best, with everything from editing and camera work to acting and even lighting more or less a sad excuse for film making. I can tell some people will get a good laugh at how bad this movie is, but apparently I couldn't put myself to enjoy the madness perhaps out of my own standards. I will give Butcher Knife some credit on the bloody killings and a few oddball script though, but the overall final product will forever be a chore to watch.