Random Posts: Upcoming Slashers and what I think about them...

So far, the horror offerings from 2017 seems pretty alright if you know where to look; I found new cult favorites under a Lovecraftian nightmare called The Void, the sci-fright anthology Galaxy of Horrors and a satirical black comedy-slash-thriller called Get Out, but we also have to deal with half-and-half entries like The Evil Within and Don't Hang Up, as well as shitty dumps like The Bye Bye Man and Rings.

But when it comes to slashers, I have to admit we're lacking on that department, so I like to keep my eye out on potential bodycount titles and here are some likely candidates. So just to break out of the norm (kinda), here's be my thoughts on these upcoming attractions. 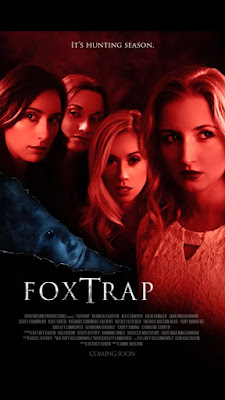 Plot: After a terrible accident leaves a young girl disabled, five years later, the group responsible are invited to a remote manor house in the countryside for a class reunion. Little do they know, they are being targeted by a masked maniac hell bent on revenge.

My Thoughts: The trailer shows a basically standard slasher with an equally standard "I know what you did so now you die some years later" shindig of a plot. I might enjoy it in a simplistic manner, though I'm not quite sure what to feel about the killer's overly simplified mask... 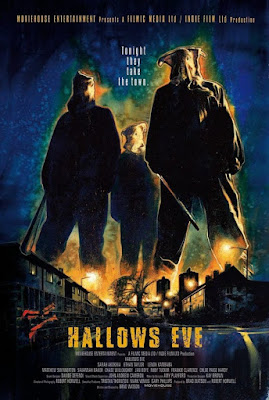 Plot: The Hallows Estate is on alert as strange graffiti tags with messages declaring the streets will be taken over on Halloween night begin to appear on walls around the place, along with sightings of strange figures lurking in the shadows. One of the gangs responsible for the serious anti social behavior that give the estate a bad name, decide to take these threats head on and ignore the curfew on Halloween night. But who ever, or what ever, this new threat is, they seem to have the very night on their side as they make good on their promise of claiming the streets by frightening and violent means.

My Thoughts: No trailers, but the concept and the poster art looks kinda awesome! Here's hoping this is a decent slasher for my taste! 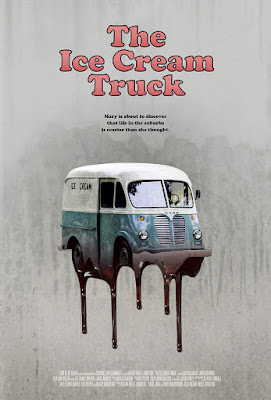 Plot: Mary moves back to her suburban hometown, to find that the suburbs are scarier in more ways than she ever remembered.

My Thoughts: So...Ice Cream Man (1995) remake then? Welp, I do like that movie and this seems to be more of a straight-up slasher so I guess I'll try seeing it and hope for the best...if not for the "eehhhh" factor. 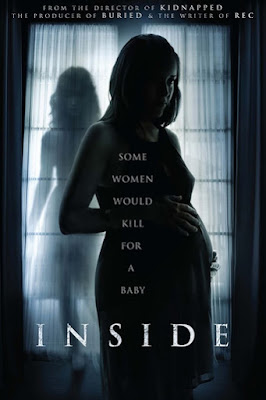 Plot: A woman in her third trimester of pregnancy is stalked by a stranger who is obsessed with her unborn child.

My Thoughts: The original Inside (2007) is among my top slashers. Nothing will beat the intense brutality that movie unleashed but I understand this version of Inside will focus less on the gore and more on the atmosphere so...nothing against that but here's hoping it will work out. After all, the guys behind Kidnapped (2010) will be doing this and we all know how fucked up that movie literally ended. 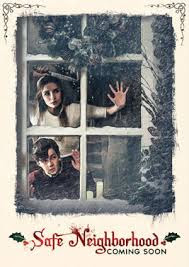 Plot: On a quiet suburban street, a babysitter must defend a twelve-year-old boy from intruders, only to discover it's far from a normal home invasion.

My Thoughts: No trailers, but I do enjoy a good Home Invasion movie! There seem to be a little buzz going around about this movie and I guess it's for the best not knowing any explicit details about its story! What else can I say but "hurry the fuck up and release this movie already, dammit!" 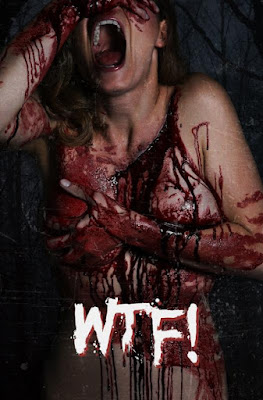 Plot: Three years ago, twenty-two year old "girl-next door" Rachel barely survived a brutal massacre that left all of her friends murdered. Time has passed, and Rachel has moved on, but unfortunately her close friends are spending Spring Break in a secluded house in the woods, and they have cordially invited her to join. She would never have accepted the invitation if she realized that another bloodbath would be showing up as plus one. Once Rachel and her friends arrive at the cabin, the partying, sex, and...terror begins. From girls' only pillow fights to debauchery in a bedroom, it's going to be a blast...aside from the stabbing, flesh melting, and castration. Seven friends will go into a secluded house for the best Spring Break of their lives, but only one will be alive to post about it on Facebook the next week, as Rachel's biggest fears become a reality once again! Can Rachel survive another bloody massacre?

My Thoughts: Why does the entire plot reminds me of Ripper (2001) or even Last Girl Standing (2016)? And seeing the kind of promotional piece they have for this film, I have a sinking feeling that this is going to be a mess, both literally and figuratively. Still, we wouldn't know until we get to see it, right? Maybe the gore will be worth it, who knows... 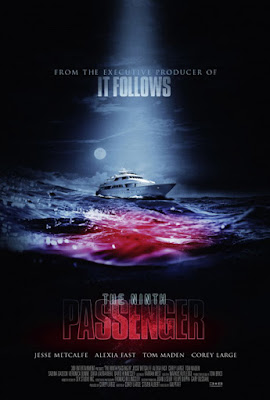 Plot: A group of salacious students party aboard a luxury yacht only to turn on each other as a 9th PASSENGER picks them off one by one.

My Thoughts: I gotta admit, this doesn't look anything like a slasher movie and there's a good chance this film may end up a creature thriller based on its trailer alone, but the tease concerning what the "Ninth Passenger" is was enough to get my attention. Maybe I'll see it just to settle my curiosity. 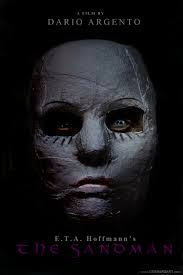 Plot: THE SANDMAN tells the story of Nathan, a young student in the city who struggles to forget his childhood trauma at the hands of the serial killer dubbed "The Sandman." Nathan killed The Sandman years ago, on Christmas Eve, after he witnessed the murder of his mother... until he sees the beautiful woman who lives in the apartment across the way dying at the hands of that same masked killer. This brutal murder plunges Nathan into an odyssey into the night country of his past, his dreams... and the buried secrets of The Sandman.

My Thoughts: Dario Argento. Doing a modern horror movie, (recalls my experience with Argento's Dracula and the number of hours I cried under a running shower for the time from my life that I wasted with that movie) ...oh, God. 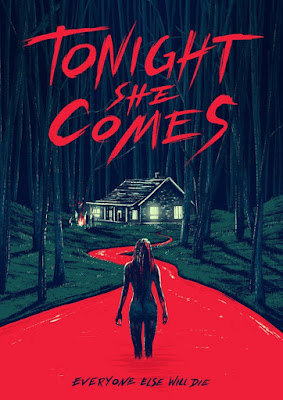 Plot: After a girl goes missing, two of her friends and a mysterious set of strangers find themselves drawn to the cabin in the woods where she disappeared. They will laugh, they will drink, they will kiss, they will make love, and THEY MUST ALL DIE.

My Thoughts: Huh. The last slasher movie I recall having a naked chick as the killer was that underrated cheese-tastic bodycounter Blood Night: The Legend of Mary Hatchet (2009). I simply adore that movie, so I guess I might see this one. The trailer sure made it look campy and stupid fun but, well, it's a trailer. It's supposed to make things look fun... right, The Beaver (2011)? 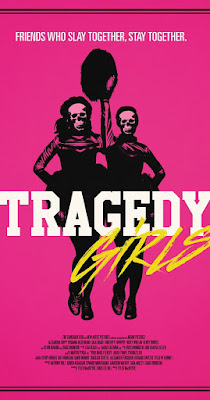 Plot: Tragedy Girls, a twist on the slasher genre following two death-obsessed teenage girls who use their online show about real-life tragedies to send their small mid-western town into a frenzy and cement their legacy as modern horror legends.

My Thoughts: Hurm, I'm getting a vibe from this one. The "American Psycho 2: All American Girl" vibe. For those who doesn't know, I have a strong disdain against American Psycho 2 and Tragedy Girls has that tone of pompous self-aware from one trailer alone, but I am still gonna give it a swing. The idea is interesting enough and the two leads look pretty cute, so I'm hoping the kill count better be worth it. 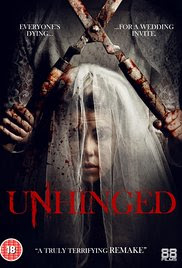 Plot: A remake of the 1982 video nasty 'Unhinged'. Four American best friends decide to take the back roads travelling to a wedding in England, on their way a deadly secret forces the girls to be stranded in the woods, where they discover a house occupied by Miss Perkins, who promises to look after them until help comes. Little do the girls know, a dark evil lurks in the attic above them, waiting until they're alone and only when the girls come face to face with 'it' will they truly discover what real horror is.

My Thoughts: Though I'm not a fan of the original Unhinged (1982), I'm gonna be lying if I say I didn't have at least some bit of fun from that movie. Now, the trailer for this reboot looked promising enough despite the obvious mid-quality budget, so I guess I'll be checking this one out should I ever get a chance. 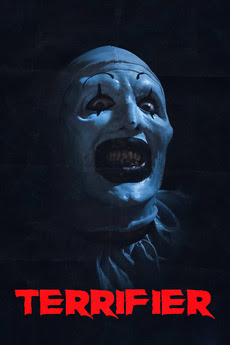 Plot: A maniacal clown named Art, terrorizes three young women on Halloween night and everyone else who stands in his way.

My Thoughts: It's friggin' Art, man. One of the creepiest clown I've ever laid eyes on! I'm a sucker for killer clown slashers. I adore the original Terrifier 2011 short. I find the 2013 All Hallows Eve anthology pretty passable. So why wouldn't I be excited for a movie focusing entirely on this freak? Bring in the clown, guys!
~~~

And there be my thoughts on these upcoming bodycounters. Is there a particular slasher you are excited about or that I missed? Feel free to let me know about it and I'll see what I think of it! until then, see you guys later! I have a meeting with a bloody naked chick and a demonic clown...
Posted by Kaijinu at 10:44 AM