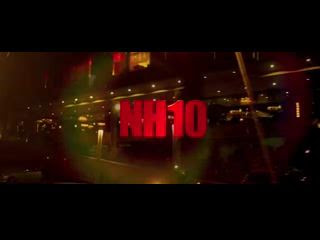 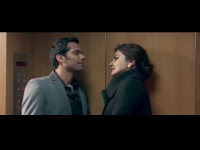 It's not too often that I find myself sitting down with a Bollywood slasher nowadays and I could blame this on the fact that I don't always have the patience to watch 2 to 3 hours of familiar hack-and-stab which could have been easily squeezed into measly 90 minutes, nor do I have the willingness to reach for the fastforward button from time to time just to run past the musical numbers and get into the really juicy bits. However, this isn't to say I am not willing to try a title once in a while, especially if these risks lead to something as great as this gritty thriller, NH10. 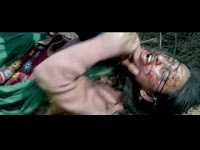 After encountering a gang of muggers one night she drove home alone, a shaken Meera decided to travel with her husband Arjun to a resort outside their city as a mean both to ease herself  from the incident and celebrate her birthday with her loved ones. En route, however, the couple witness a group of men attacking and hauling up a girl and a boy into their van in front of an entire crowd on broad daylight. Sicken that no one tried to stop this, Arjun decided to play hero and tails the van in hopes of scaring the group into letting the young couple go, only for him and his wife to get caught as they stumble upon a brutal honor killing, with the men responsible having no plans on letting any witnesses leave alive.

What soon follows is a lengthy cat-and-mouse chase between a family of hooligans and our two leads, a premise that may not sound too original with the many survival horror flicks out there like Australia's Wolf Creek (2005) or UK's overrated Eden Lake predating this film. Now, I will not say that this is an issue for me as, should it was, I would've bashed all of the backwoods slashers out there for being too similar with Friday the 13th, but instead I will have to acknowledge the elephant in the room which is some concerns I have with one of our protagonists; though the talents portraying Meera and Arjun, Anushka Sharma and Neil Bhoopalam respectively, did a decent job with their roles as a couple who just wanted to do the right thing and getting paid for it with death and torment, I still found one of them disappointingly falling in the dumb horror victim trope with their decision to tail a van full of kidnappers, not really knowing what these men were capable of. Granted their intentions were good, the fact that the men they are sizing up were hardened enough to beat a pair of teenagers in front of a frightened crowd without much hesitation should have said enough that these guys were not to be screwed around and the issue could have been handled better. Nevertheless, at least the other lead was worth rooting for at a certain point and, this being a horror movie, we wouldn't have something to watch if everyone acted smart, right? 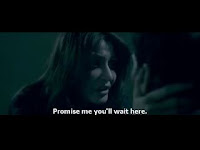 Thankfully and ironically, what instead made the ordeal workably scary (in turn making the story interesting) was the kind of villains used; inspired by real life cases of honor killings (essentially the  2007 Manoj-Babli honour killing case), the killers featured in NH10 were are not a clan of powertool-wielding cannibals, nor are they mute masked maniacs killing for fun, but is instead a family governed by a radical religious mindset which they believe puts them in the right and that their heinous crimes are acceptable among their community. You could say they are another variation of religiously inclined killer cults found in movies like Children of the Corn (1984), Southern Gothic (1988) or the near-Apocalyptic End of The Line (2007), but unlike these films in which their radical brutality borders being cheesy and/or outlandish, NH10's approach to its antagonists were comparibly more subtle and sticks pretty close to a level of believability, possibly reflecting the same kind of heinous nightmares that could have occurred to the incidents that inspired this movie. 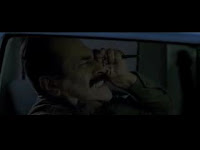 Working well with the villains is the survivalist element of the story, which in turn takes a pretty decent advantage of the rural desert location and the steady yet well-paced direction that takes up enough time emphasizing the near hopelessness of their predicament. With hardly any soundtrack and an evident lack of cheese and humor, it's brings out the right kind of bleak tone and harrowing intensity as we see barely anyone who can aid our leads, and should there be any, we often can tell they're not to be trusted.

Once the second act begins, this is when NH10 begins to exploit it's horror premise as, by then, one lead is forced to leave the other behind due to a grave injury and embarks on an otherwise hectic race against time to find help. The "slasher" elements eventually kicks in these parts, though done in a reversed role similar to You're Next (2011) and I Spit on Your Grave (1978), with a wronged survivor finishing off their tormentors in a manner not uncommon to many new age slasher movies. Blood and guts are spilled, much to my delight, but I can tell some may see this as a curveball approach to what could have been a more thought out climax, tackling the honor killing social commentary perhaps a tad better rather than finishing the film with a typical hack-a-thon. Still, it's bound to cater to some people (such as, again, myself) so I wouldn't consider this that big of a flaw, especially if the last minutes pack all the juiciest kills and, by then, we probably have see enough misogynistic spatting and sadistic backwards zealousness to properly root for our survivor in their immediate thirst for vengeance. 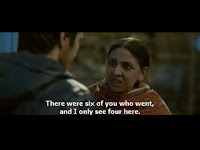 NH10 is certainly my kind of horror thriller and one I am quite happy to see effectively out of Bollywood. While sort of lacking in originality and the social commentary was kinda dropped at the last minute, the execution was strikingly intense enough to forgive any shortcomings and I couldn't ask for a scarier and more thrilling Indian horror flick than this title. I say give this one a taste should you ever have the chance and buckle up for an exploitation ride, Bollywood style!


Bodycount:
1 female shot on the head
1 male beaten to death with a steel rod
1 male shot
1 male shot
1 male stabbed on the eye with a pen
1 male found dead with a head wound
1 male ran down with a car
1 male crushed to death against a wall with a car
1 male crash lands head first to a stone step
1 male stabbed to death with a steel rod
Total: 10
Posted by Kaijinu at 1:27 PM