Nightmares From A Sleeping Mind: Sleepwalker (1984) 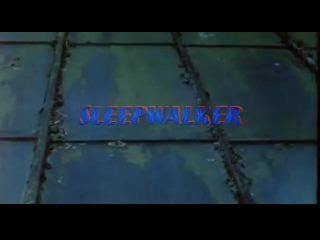 Not to be confused with Stephen King's 90s monster flick Sleepwalkers, this odd 80s mid-feature slasher hails all the way from Britain and tells the story of two couples going out for dinner, in which they discuss their businesses and personal lives in a not so chummy way. The night soon ends with the group staying over their host's home for some drinks and shut eye, only to fall victim to a hatchet wielding murderer who might be one of them. 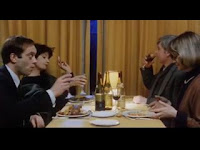 While the plot sounds considerably easy, Sleepwalker's execution is anything but as the overall result almost didn't feel like a slasher until the last few minutes in which the murders finally happen, spending a good span of its 50 minute run focusing instead on the characters and their interactions with one other. It's a direction as tricky to follow as the characters' discussions and those expecting a bloodbath from the first minute to the last will get their patience tested as these scenes can get a tad too drawn out and tedious. 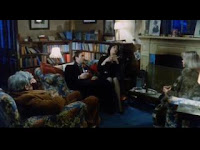 I cannot deny, however, the brooding atmosphere created throughout the flow of the short, as little hints were given to what may come at the end and the lengthy conversations somehow help build the uneasy and brooding tone the further we follow the story, turning what should have been a normal gathering into a series of passive aggressive verbal attacks littered with cruel insults, emotional abuse and hidden agendas. Watching these scenes can indeed be a chore and a nightmare of another kind for some, but the payoff was kinda well worth waiting through basically one large red herring as the shocking graphic killings comes strangely satisfying. (if not also laughable with the the victims' "theatrical" acting) and the twist, though nothing entirely big, just worked for me with its simplistic shock value and how the last few shots were quite disturbing in a surrealist way. 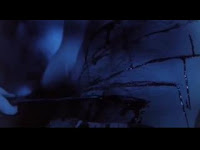 Sleepwalker is certainly an strange one with it's Grand Guignol-esque production, utilizing an artsy visual style with its use of nightmare logic, blue gel lighting and obscure camera work, best seen once the carnage finally takes fold. It's more the reason why I like this short and though I still stand on my claim that the lengthy banters could have been trimmed shorter, I can definitely recommend this to my fellow slasher completists and lovers of rare and obscure cinema, particularly those patient enough to experience something that walks between the lines of familiar and not-so-familiar horror tropes. Uneasy at first, brutal at the last, Sleepwalker can surprise and entertain in most of the right buttons.