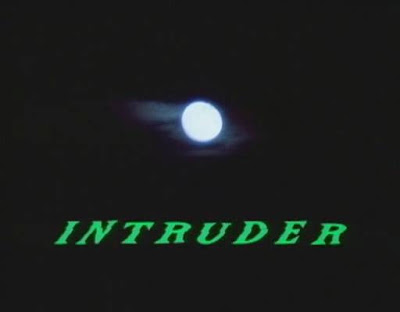 From your friends at the Evil Dead franchise, one of the best late 80s slasher in existence!

It was closing time at the Walnut Lake Market when the fresh-out-of-prison ex-boyfriend of one of the checkers shows up and angrily confronts his gal for leaving him. The argument goes sour and the con went for the hysterics, prompting the rest of the staff to break up the fight, scuffle with the angry jailbird and scare him away. Cops are soon called and, with the threat seemingly gone, the night seems to be going for a calmer note, that is until the store owners break the bad news to their young employees that the store will be sold and they are all going to lose their jobs within a month.

Rightfully upset at first, the gang eventually tries to come in terms with the store's fate and the fact that they'll be job hunting soon, continuing with their night restocking goods, cutting up produce and counting the day's profits. Unknown to them, this might as well be their final night as someone with a large butcher knife is doing his own little bargain hunt, eager to put his weapon through and in places that'll bleed...

Story-wise, Intruder is the kind of movie that tries to make something out of the basic slasher formula which, by the time of this film's release in the late 80s, was already struggling to find a strong following as multitudes of direct-to-video titles and big name horror sequels kinda churned the subgenre way too many times to be considered fresh and enjoyable, if not degraded in quality. In a way, the movie does succeed at sparking something worthwhile with it's execution, making use of many crazy visual gimmicks and black humor borrowed from the Evil Dead movies, a gory and cheesily fun supernatural franchise in which Intruder's director, Scott Spiegel, had been a part of in more ways than one. It's a welcome influence that does the movie good in terms of dishing out popcorn friendly nightmares, focusing on the grim and bloody that fits any slasher from the golden early 80s, all the while tapping in a few late 80s cheese for those extra chuckles.

With some pretty decent character moments during the early parts of the film past the opening angry ex attack, I also like how the movie took time to slow down and catch up with the casts who are enjoyably likeable with their bond and zany personalities. The gang are mostly devoid of the cliched horror victim labels ("mostly" as they constantly break the "don't investigate the weird noise" rule) and they actually act like regular and relatable working young adults, something that adds effect to their cathartic demises once the titular intruder begins his chopping spree and give us some of the best stalk-and-murder set-pieces to be featured along many late 80s bodycounters.

Using gruesome effects that are some parts hammy, many parts practical and overall disturbing, the bloody deaths are also the best reason to see Intruder. There's a sadistic temperament to how these murders were executed and shot, with many of the scenes working on a momentum to keep us anticipating when will the blade enter flesh, if not lingering on candid shots of severed heads being crushed or sliced in half, screaming expressions frozen unto them. It's the kind of gore and shock value that made censors squeamish and many concerned parents shocked by it's unrelenting brutality, so much so that even in this day and age, I often find myself in morbid awe with one or two of the movie's head oriented killings.

I knew about Intruder through my first HorrorHound magazine where the issue talked about their top 20 underrated slasher titles, among many other bodycount related topics such as a healthy insight into giallo cinema and a retrospective covering John Carpenter's Halloween and it's franchise. Intruder is one of the 20 underrated titles, so you could say this has a nostalgic impact on me as one of the few titles I managed to see early on my "slasher renaissance" (I was a zombie and kaiju nut prior to my then-newly found obsession for dead teenager flicks) and one that earned my liking for doing a lot of splattery things right on my book. This is still, of course, subjective, as many may not agree with the film's practically basic plotting or slow moments, nor can they all be easily swayed by the movie's crazy camera work (and to personally include my own nitpick, I would have actually given this movie a higher rating should they actually stuck with the cooler title "Night Crew: The Final Checkout"), but as I often believe that every movie has it's audience and Intruder's strong cult following is a fair proof of that and I am dang proud to be a part of it.

As one of the last great slashers to be released in the 80s, Intruder made a majority of slasher fans proud for trying to breath some life back to the then-dying horror subgenre and still hold up pretty well after all these years. Should you wish to try and seek out this movie if you hadn't yet, I may warn you about the many cut versions released out there with loads of the gore severed out of the print, but in this day and age, I'm sure you can figure that out and I do hope you have fun with Intruder as much as I did. If not, well, I do think my band saw hadn't sliced meat for a long time now and it may need  new victims...