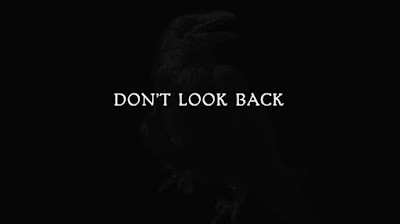 Don't Look Back (2020)
Rating: *1/2
Starring: Kourtney Bell, Will Stout, Skyler Hart
Directed by the writer behind the Final Destination movies, Jeffrey Reddick, Don't Look Back should have been a nice little horror thriller playing on the cosmic theme of Karma in a manner inspired by the aforementioned "howdunnit" horror franchise, wherein those who failed to intervene a witnessed deadly attack are doomed to die as a form of retribution from the universe. Should have been, if only the misfires on executing this grand foundation of an idea weren't so noticeably plenty.
Surviving a brutal home invasion that took the life of her beloved father nine months ago, Caitlin (Kourtney Bell) is doing her best to recover from the trauma and heeds the advice of her boyfriend to take a good stroll out of the house just to ease her mind. As she did, however, Caitlin's jog around a park one day unexpectedly becomes horrific when a man is suddenly beaten by another, shocking her and several other people into simply looking on, record the assault for evidence, and not step in until the attacker simply slips away.

The victim of the assault, Douglas Helton (Dean J. West), turns out to be a respected figure involved in charity work, so when he didn't survive the attack, his death sets a media frenzy and publicly outed Caitlin and the others who simply watched as “bad Samaritans". Making matters worse, however, is that the fiasco triggered something seemingly otherworldly as those involved within Helton's death starts to die in mysterious circumstances. Could it be the killer, crazed into eliminating those who exposed him? Or perhaps it's Lucas Helton (Will Stout), Douglas' brother who is more than upset at the "Samaritans" for doing nothing.
Or, as Caitlin puts it, perhaps it's Karma itself, out to get even at them.
Though the concept is solid, its oven-burnt corniness and ham-fisted dialogue spell nothing but a big fat flop for Don't Look Back. It's clearly working around an idea relative to Final Destination's gig of snuffing out strangers connected by an extreme event, but it lacks quality characters to engage with and the deaths in store for them are just bland and mostly done off-camera, so the effectiveness of the film's horror elements just comes out damp like a soiled rug, made more foul by cheap scares of both psychological and supernatural nature that are laughable at worst.

If anything, the movie focuses more on building up a mystery that's is supposed to be engaging and, I guess, enlightening for how it hammers down the idea of Karma upon those who choose to ignore trouble, but the inept direction and overly preachiness of this approach more or less killed off what remaining subtlety and realism this movie has. Because of this, the story feels cheap and hollow through and through, clumping around until it reaches its expected and underwhelming climax wherein a duo of plot twists (if you can call them that) fail to elevate this movie to anywhere being clever.
A huge disappointment for what should be an inspired production, annoyingly ruined by its in-your-face karmic message and a sea of tired horror tropes, Don't Look Back pretty much says it: dump it in a dumpster fire and don't look back. Just walk away and find yourself a better movie.
Bodycount:
1 male shot
1 male beaten, dies from injuries
1 male fell to his death from a building
1 male found shot on the eye
1 male body seen, implied dead from drug overdose
1 female found dead from a shot temple
1 male found dead, body seen being eaten by rats
Total: 7
Posted by Kaijinu at 9:11 PM