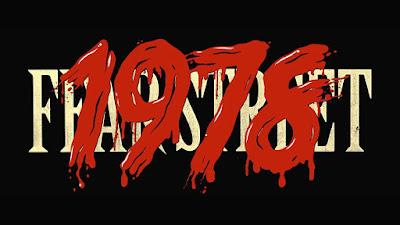 Previously in Fear Street; in the cursed town of Shadyside, teen siblings Deena and Josh Johnson, along with Deena's girlfriend Sam Fraser, found a way to stop a trio of resurrected killers after seemingly disturbing a fabled witch's grave, losing their dear friends in the process. Unbeknowst to them, the curse is far from done as Sam gets possessed with a murderous frenzy. Desperate for a solution, Deena and Josh turn to the only person who can help them now, a fellow Shadyside resident named C. Berman who dealt with the witch's curse before.
As the siblings manage to restrain Sam and travel to Berman's house, much to the latter's uneasiness and reluctance to get involved with the curse again, they try convincing her to at least share what she knows. Giving in eventually, Berman recounts her own tragedy during that one night at Camp Nightwing.

It was 1978, when the rivalry between the prosperous town of Sunnyvale and the downbeaten Shadyside gets put to the test once more through the camp's annual color war. Shadyside sisters Ziggy and Cindy Berman, polar opposites of one another personality-wise, will see themselves caught in an alarming situation through their own encounters with the camp nurse, Mrs. Lane, whose own daughter Ruby Lane became one of Shadyside's spree killers. Ziggy, the rebellious one, notices Lane's distressed ramblings about the nature of her daughter's murder spree whilst getting her wounds treated, while Cindy, the uptight one, gets a far more harrowing experience when Lane attacked her and her boyfriend, Tommy Slater, after claiming she saw the boy's name on a wall.
Fortunately, Lane gets dealt with before any further damage can be done, prompting the campers to bring up the supposed Shadyside curse and Sarah Fier, the supposed witch responsible for damning the land. Being the ever rational person, Cindy doesn't buy any of this and goes snooping around the nurse's office with Tommy, looking for proof that she may just be high on something during the attack. Crashing in to join them is Cindy's former friend Alice and her boyfriend Arnie, and they find not only a bottle of unlabeled drugs, but also Lane's journal full of notes and details about Sarah Fier, her deal with the devil and the curse itself.

As Cindy and her group goes deeper into the woods looking for Fier's house to understand Lane's obsession over the witch, Ziggy deals with a group of Sunnyvale bullies and gets an unexpected help from a fellow Sunnyvale teen, a counselor named Nick Goode who, more or less, is smitten with her. It would have been a typical Summer night of misadventures for the two groups, but little do they know that the curse is real and it has taken another soul that evening. A soul damned to commit murder under the name of Sarah Fier...
Clocking for almost two hours, about an approximate two-thirds of Fear Street 1978 have us watching more heart-to-heart moments between the doomed teens as they discuss their troubles and outlooks in life through the eyes of troubled youth, as well as dive deeper into the hints and details as to who and what Sarah Fier could be and how the curse works. This means that, although influenced by backwoods slashers, particularly the Friday The 13th and Sleepaway Camp movies, the film subverts expectations by primarily focusing more of its narrative on the characters and the mythology behind the witch's curse, leaving the slasher elements to run its course in the background for the killcount and, frankly, very gruesome shock value. This can be a relative drawback as the approach may not sit well for those expecting full on backwoods-set hacking and stabbing through and through, especially with its comparably slower pace than the first entry and the abundance of lore talk (most of it taking place inside a cave, mind you), but the movie does make up for these with its stellar performances, inspired scripting and genuinely bleak atmosphere.

Much of the development stems from the two lead actresses Sadie Sink and Emily Rudd as Ziggy and Cindy Berman respectively, sisters who hadn't seen each other's desperation for love and acceptance for quite some time, now thrown in an otherworldly massacre that's both human and supernatural. The writing for these two and how they were acted simply flesh out the uneasy and tense history between them, giving the girls time to develop and open up with their troubles to further establish themselves as individuals and sincerely grow as family. Sad to say, as it is established early into the film, one of them will bite the big one and the impact of the demise is still no short of tragic.
When Fear Street 1978 does show its slasher side, it is mostly what you would expect from a backwoods slasher set-up featuring a mad axeman, with people getting chopped left and right with explicitly strong gore. The shock factor here, though, is that almost half of the victims were preteen children and albeit it's mostly offcamera, the fact that this massacre included young kids is pretty ballsy. It undoubtedly shows the kind of serious mood they're setting for, at the price of the camp and snark which does make the first movie memorable, sadly. The supernatural-tainted finale does also call for some fair word about it for how dark it was despite, again, knowing the outcome.