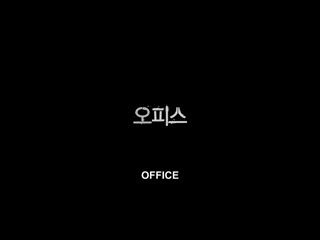 One night, after a long day working in his bureau, mild-mannered section chief Kim Byeong-Gook took a hammer and slaughters his entire family, disappearing not long once the unspeakable deed was done. Word spreads quickly at the office and investigating police, led by Detective Jong-Hoon, are hoping to find some form of lead as to what caused such a violent outburst.

Matters are revealed to be rather complicated as Kim's colleagues don't appear very fond of the man and some even have their own little horror stories involving him, save one Lee Mi-Rye, an intern looked down by bullying coworkers and seems to know more about the suspect, though refusing to divulge further. Worse even is that CCTV footage shows Kim entering the office but never leaving since, which could mean that he's still around the workplace, hiding within the building and methodically killing off his co-workers one by one.

Playing more like a mystery thriller than a down-to-basic bodycounter, Office (2015) has the great grace of looking good and competent production-wise, though in terms of narrative, it definitely needs more than a good polish; it occasionally jumps back and forth to flashbacks of various accounts in order to work out its mystery, sometimes hinting events that could have triggered our person of interest to turn psycho, other times acting no more than red herrings, though the way this direction's handled drag out way longer than it is necessary, thus makes following the plot a little tedious and bogged down by too much dialogue. Add the matter that the mystery fails to be anywhere as exciting as it makes itself to be, nor is its satirical stab on office hierarchy really that clever, and you have a horror-thriller that's middling in its attempt to captivate.

Office slow burns its way down to an eventual slasher finale, in which we get one good twist and a killing spree perpetrated by a killer with supernatural ambiguity. It's a massacre that is, in a sense, satisfying to sit through as the victims were these obnoxious people that had it coming for some time, but it feels cheapened from its lack of stronger onscreen carnage and the fact that it took so long to get into it. Nevertheless, it's a welcome climax that could have happened a lot sooner and I'm just thankful the movie rewarded our patience with a decently bloody send off.
All in all, Office (2015) has a lot of misfires to make itself the pitch dark murder thriller it wanted to be, but I wouldn't completely call it a loss. It has its creepy moments, some workable jump scares and, again, a fine brutal finale, thus I rather find it okay enough to be seen at least just once.
Bodycount:
1 female brained to death with a hammer (mostly implied)
1 elderly female had her neck broken with a hammer (mostly implied)
1 boy had his shoulder broken with a hammer, dies from internal bleeding (mostly implied)
1 male murdered, later found hanged with a throat cut
1 female knifed to death
1 male found dead from swallowed pills
1 male found slaughtered
1 female thrown off a building
1 male shot on the head
Total; 9
Posted by Kaijinu at 2:57 PM