Off The Bad Hook: "I Still" and "Always Know What You Did Last Summer" Double Bill Review

The late 90s will always be known for slasher fans as the years wherein eye-candy teen TV stars invaded the revived bodycounting fad thanks to the surprise success of Wes Craven's Scream (1996), thus begin the plethora of modest budget dead teenager films with their Scoody-Doo inspired motives and often dry murders. The title-mouthful I Know What You Did Last Summer (1997) was and still is one of the more competent cash-in to the success thanks to its focus on a workable mystery and fair character building than self-referential cheese and humor, so it isn't much of a surprise that talks of getting it a sequel got brought up.

Problem? Two of them sequels got made. And they're both cooked in badly burnt cheese.

Taking place a year after the original Summer, Hewitt's character Julie James is back in college and struggling with the fact that her friends got killed by vengeful psychopathic fisherman named Ben Willis and that she, herself, nearly became a victim. She, in turn, constantly gets nightmares about Mr. Willis returning to end what he started, a trauma that is affecting her studies and love life, unable to choose between continuing her long distance romance with her old boy Ray (still working boats in their home town), or just get it with a fellow college student Will, who's everything dorky.

Luck will turn for the somewhat good for Julie as she and her friendly roomie Carla win four tickets to the Bahamas through a radio show. Not too long after this, however, someone with a hook for a hand and wearing a rain slicker attacks Ray the night before Carla and her friends leave for the trip, and this figure starts making their way to Julie's vacation. As you would take it, staffs start dropping dead like flies and it isn't long before the vacationers are all that's left, trapped in an island in the middle of an overnight storm season with a killer.

The cliches and cheese are the obvious culprits to this sequel's mediocre story as the first film's focus on crafting likable character and a serious tone to go along its mystery are replaced by dumb choices, naïve characters and way too many plot conveniences and holes. Some of these hamminess work in the sense that they're laughably stupid, but a lot of them just felt tired, forced and rushed. There were some fun cameos (Jeffrey Combs, Jack Black and Bill Cobbs) to note on and the kills, gladly, are bloody enough to somewhat warrant small good points to see this sequel intentionally but other than these, I Still Know What You Did Last Summer (1998) just felt stuck, really nothing more than a retread of the first film only drowned in unintentional (?) humor and banality.

I'm clearly not a fan but should you see it for the cheese alone, you might do better than I did accepting this movie's direction and existence.

Bodycount:
1 male gets a hook through his mouth
1 male got his face slashed across with a hook
1 female slashed, hooked in the back
1 male stabbed in the chest with a garden shear
1 male found hacked in the head with a machete
1 male hooked through the neck
1 male found impaled with a collapsible harpoon
1 female gets pinned through the floor with a collapsible harpoon
1 male gets a hook to the chest
1 male shot to death
Total: 10 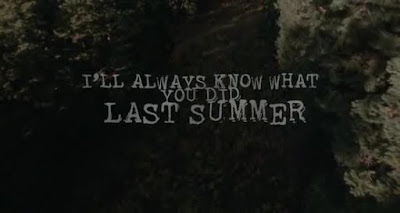 And here we have the odd duck in the Summer franchise; released direct to video in 2006, Always reduced the events of the first two film as well as our killer fisherman Ben Willis down to an urban legend, where it is now said a ghostly killer fisherman will hunt teenagers on July 4th should they be keeping some dark naughty secrets. A small group of teenagers thought this would make a great prank and have one of them dress up as The Fisherman and chase the rest in a faux attack, only for all of it to end very badly when it results to an accidental death. 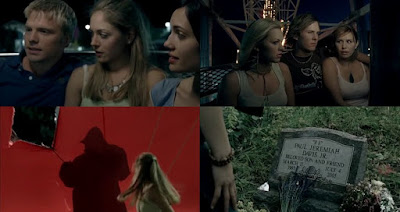 Just like the first film, the guilty gang make a pact to never speak of their involvement with the "attack", basically retreading the first movie as Always tries to recapture the magic of watching likeable characters battle their conscience and face the consequences of their secret. But seeing this is a cheaper production, none of the attempts are that effective and they're arguably more predictable at this time around. The titular death threat gets thrown down (modernized via text message) with the receiver trying her hardest to convince her innocuous batch of friends that trouble is brewing, only for them to give in once they get a near-death encounter with Mr. Hooky. Red herrings are brought up and introduced or re-introduced, climactic chase scene happen to boost the killcount, and then the twist. Oh, my gods, the twist. 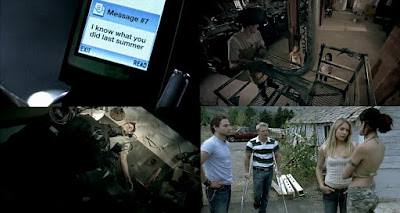 This movie's reveal is the only reason why I hadn't kicked this film into the endless abyss; it's completely bonkers and so out of tune to what the entire franchise have built upon prior to Always that it's both unforgivably stupid and admirably brave on the producer's behalf if they thought this will fly off well without pissing the fans of the series. (Or the original movie) I guess somebody in the writing staff thought if it worked with Jason Voorhees and the Friday The 13th franchise, it would work here too? Well, at most, it doesn't. It's lazy and cheap, but it got a chuckle out of me so you got at least that.

If I am gonna be honest, overlooking the cheap characters, the annoying flashy edits whenever "The Fisherman" appears and this film's infamously dumb twist ending, I'll Always Know What They Did Last Summer (2006) would have been (or, for some, can still be) a passable rent for its bloody kills and fair pace to its mystery. If only it has a more knowledgeable direction for... whatever it was aiming to do here...

Bodycount:
1 male falls unto a tractor, impaled on its exhaust pipe
1 male had his throat slashed with a hook
1 female gutted with a hook, dropped off a floor
1 male gets a hook to his chest, dragged away and killed
1 male hooked to the mouth
1 male gets hooked on the groin, pushed and impaled through a forklift's fork
1 female killed offscreen
Total: 7
Posted by Kaijinu at 12:27 AM