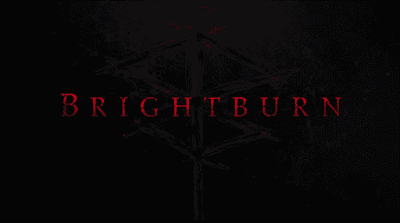 While I've read a fair share of comic books as a kid, none of them had as strong of an impact to me as the original Marvel Zombies limited series back at 2005. Not only did this very book introduced me to superheroes beyond familiar names like Spiderman, Wolverine or Captain America (pretty much opening floodgates of superhero comics for me to dive into and try), but it also catered to my love for zombie movies back then, giving me something out of the ordinary when it comes to the shambling undead. 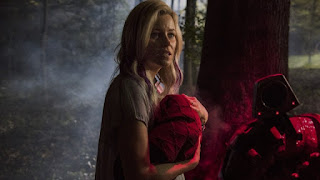 Twelve year old Baron Breyer (Jackson A. Dunn) is experiencing a lot of strange things lately: he sleepwalks to the barn at night, hear voices in his head and finds out he has superhuman strength and invulnerability. It isn't long before he finds out he is adopted, that the parents he knew all this time (David Denman and Elizabeth Banks) found him as a baby inside a crash-landed space craft. Unfortunately for us, this isn't Smallville, Kansas and Baron happens to have a concerning fascination for human body parts as well as a nasty habit creeping on girls he likes. This isn't a superhero story. No. This is a supervillain's. Soon, those who crosses Baron's path or threaten to expose his dark side will know his true power as Brightburn.

Writers Brian and Mark Dunn pen this unique slasher/superhero hybrid about an unpredictable and corrupted young boy discovering his otherworldly origins and while it does show how dangerous and unstoppable said boy can be with his powers scarily (and gorily) well, the final product felt lacking on character development, ironically predictable and easily comparable to classics like The Bad Seed (1956), given that movie's bodycount was modeled after Friday the 13th-style stalkings with DC comic's Superman's abilities as murder weapons. 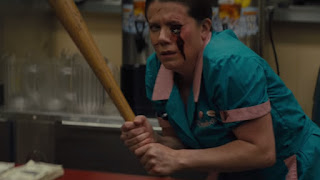 A lot of missed opportunities could have delve further into the plot and answer some vital questions, more of it concerning Brandon's sudden acceptance to be a death avatar in a cape since he starts out as this intelligent and loving boy who dearly loves his parents. This route could have given more weight to the scenes wherein our parental figures try to understand their son's murderous streak or why some of them is simply outright denying it but, on the other side of the coin, the absence of reasoning why we suddenly have Superman-Gone-Way-South here adds to the creepiness of Brightburn (2019), cementing it fittingly as a unique slasher horror that delivers the messy goods along its young alien villain.

As a slasher flick, it exceedingly subverts conventions while -again, ironically- building around them; we still have a masked killer out prowling around, stalking his victims and killing them with relentless brutality like any good slasher, though the superhero elements gave each kill that extra punch not just because of the detailed gore work (both practical and CG), but also on the fact that they're needlessly overpowered, a clear sign on how our killer kid lacks self-control over his powers, either due to him still figuring out his limits or him simply enjoying what he can unleash. Not to say that the stalk-and-slaughter antics here could genuinely make you feel real dread or fear, but I wont deny that they can be intense. 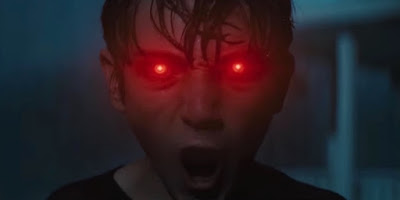 The movie is far from perfect, relying heavily on typical slasher and child-go-psycho movie tropes that, yes, I am sure many of which we've seen before, but Brightburn (2019) wins me over with its atypical choices, degrading superhero platitudes and, well, for just how good it looks for a film made around an estimated budget of $7,000,000. So if you happen to the that one guy who wonders what would happen if god-like status fall in the hands of someone who isn’t selfless and moral like a certain Mr. Kent, this is definitely one of many good films to answer that. (Next comes to mind is Chronicle (2012)) If the ending has anything to go by, though, this may not be the last we have seen of Brandon Brightburn Breyer...

Bodycount:
1 female attacked, later found with her gut ripped open
1 male crushed inside a dropped truck, jaw smashed open and bled to death
1 male shot through the head with the killer's heat vision
1 male hit by the killer in flight at top speed, slaughtered apart upon impact
1 female beaten within the house, bled to death from wounds
1 female dropped to her death
268+ victims killed in passenger jet crash
Total:274+