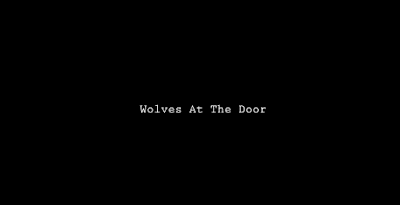 The moment I saw the word "pig" written in blood during its trailer, I already knew how Wolves At The Door will end.

Being a horror fan normally meant grossing over spooky, creepy and morbid stuff at a varying degree, this including a level of fascination to real life monsters and atrocities such as deranged cult leaders forcing an entire community to commit suicide for the sole purpose of enlightenment, or serial killers who prey on women using their charm and wit. This said, one can imagine that a good bunch of us know a thing or two about Charles Manson and his so-called Manson Family, a cult of deranged and/or brainwashed individuals who were responsible of seven murders under the belief that it would incite an apocalyptic race war known as "Helter Skelter" back at the 1960s.

These killings gained notoriety due to the fact that one of their victims was the late actress Sharon Tate, who was eight-and-a-half months pregnant with her husband Roman Polanski's child. The crime would soon lead to the investigation and eventual arrest of the responsible members of Manson's so-called family, as well as Manson himself under the charges of conspiracy to commit the murders, among many other crimes. 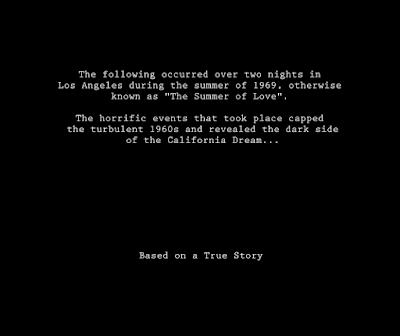 As one can imagine, this is some heavy stuff and it have been covered multiple times through many mediums from books to documentaries and dramas. You could even say that the deranged character of the cult influenced a decent dose of horror movies back at the days until recently, from titles like I Drink Your Blood (1970) to Manson's Lost Girls (2016), so was it really a terrible idea to make a slasher film based on Manson and his cult?

Truthfully, it all falls to what the movie will make out of such a touchy subject. Wolves At The Door follows four friends- pregnant actress Sharon, her friends Jay and Abigail, and Abi's boyfriend Wojciech- hanging out in their rented Hollywood hills home to commemorate their last night with Abigail as she will be moving back with her parents at Boston. What they didn't count on happening, unfortunately, is the arrival of four murderous individuals who have no plan on leaving any of them alive.

If this sounds like your average slasher plot, that is because it is. Unfortunately, this itself is sure to leave a bad taste to most movie goers' mouths as Wolves' lack of depth to its carnage comes out rather uncomfortable and even upsetting due many of the film's details make it look and feel like a fictionalized and exploited re-enactment of the infamous "Tate murders", wherein the aforementioned Sharon Tate, three of her friends, and a visiting student were killed by members of the Manson cult, in and nearby a house at Los Angeles. Given that the movie did try to do little changes to keep itself from being too parallel to its real life inspiration (the couple in the opening was based on another Manson cult attack, though what happened in real life ended differently...), things like naming the characters based on the people who were either killed or were associated with the crime, as well as not-so subtle hints that this film is based on said crime (the characters were hanging out at the El Coyote restaurant during the beginning of the film, and too the fact that "Sharon" just also happens to be pregnant) do otherwise and just left everything about this slasher feel convoluted; it's too close to home for escapism, too relentlessly exploitative and cheap to be a re-enactment.

To be fair, Wolves does have its little pros like a few good suspenseful scenes and some worthwhile scares, many of which probably stem from the uncomfortable historical backdrops and a few effectively executed jump and false scares. I also like the fact that the villains here are depicted as your typical silent boogeyman and boogeywomen-type, which I will honestly say are too good for this movie. The murders they committed in this film strike me as odd, though, as they were mostly done in a way that they are as obscured as the faces of the maniacs committing them, but enough were showcased with a fair amount of brutality and helplessness, a middle line that reflects the is-it-a-slasher-or-is-it-a-dramatization? nature of the film.

In the end, I find Wolves At The Door, in a lack of a better term, pretty confusing. Not plot-wise, but as a production: was it made to commemorate the lives we lost from the doings of a deranged lunatic and his minions with its near-accuracy? If so, why do it in such an exploited manner by treating it like a generic slasher flick? If it was supposed to be a slasher flick/home invasion hybrid then, why feature so much details from the real world crime and used it as a plot point or element ? This kind of familiarity will spoil any supposed surprises this movie can come up, leading the final product either predictable and forgettable or just trying too hard to be shocking, which is exactly how I felt about this film. Don't waste your time with this film unless you are really really into Home Invasion/ slasher hybrids.