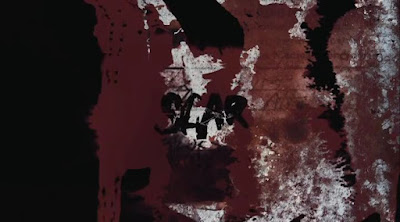 Scar (2007) could've been just another runner for this gruesome aesthetic, though it does try to elevate itself by being the first feature length film to be made and released in 3D HD. Gimmicky? Yes. Yes, it is. Will it be good, though?

Angela Bettis leads this plot as Joan Burrows, the sole survivor of a sadistic murder game back in 1991, in which she and her bestfriend Susie was captured and tortured turn by turn by the town's local mortician Ernie Bishop until one of them breaks and asks their tormentor to kill the other. Unable to bear the maiming any longer, Joan regretfully gave the order and watched helplessly as her friend gets killed. No soon after, she eventually managed to free herself and got revenge on Bishop by killing him with an embalming needle, his insides suctioned out for good measure.

Moving ahead to the present, Joan returns to her home town of Ovid, Colorado to attend her niece Olympia's highschool graduation. Numb and still haunted by guilt over the years, however, she can't help but re-live in her head all the horrors she went through with the mad mortician from the moment she arrived, much to her family's worry. Unfortunately for everyone, history appears to be repeating itself as Olympia's friends start to disappear one-by-one, reappearing as corpses in a pattern similar to Bishop's victims, a fact that horrifies Joan...
With a narrative that's an alternating mix of flashbacks and present events, Scar (2007) attempts to present a mystery as to whether Bettis' character did indeed ended Bishop during that fateful night or if the trauma she endured somehow snapped her into murdering. There's a good flow to the story, occasionally intriguing even, but the end result is just this overly familiar and standard crime thriller donning some slasher elements such as gnarly kills and teens in peril, though most of its murders do occur offcamera and its revelation's kinda unsurprising and painfully cliched once the killer starts talking about their overly uninspired reason for torturing and slaying.

Where Scar (2007) shines on is being grim, seen here through muted colors, Bettis' performance as a lost and broken woman reliving past horrors and, yes, the intensely brutal torture sequences. While the Bishop character, played by Ben Cotton of the 2004 Battlestar Galactica fame, does come across a bit too cartoony at times, the sadistic edge of his twisted game of turn-by-turn torture is undeniably ghastly and it does make up a whole lot for the sizeable lack of onscreen kill count. Whenever gore effects are present, may it be for a torture session, a fresh corpse and/or an onscreen death, the film do deliver in full grandeur and I'm also greatly thankful for that.

As for the 3D gimmick, I'll be frank, I hardly noticed any scenes that benefitted from the ploy save for one involving an inside shot of a mouth about to get its tongue cut off with a scalpel. Then again, this was the first film to try using HD 3D so I guess I shouldn't expect My Bloody Valentine (2009) and Piranha (2010) levels of flying bodies and showery blood splatter.
Despite not cutting too deep to carve anything completely new story-wise, I find Scar (2007) agreeable enough as a small torture porn feature with an interesting premise, sub-par acting and workably fierce torture scenes. An okay watch if you're not in a very demanding mood and have the craves for some juicy, brutal gore!
Bodycount:
1 female found dead in a lake, covered in scars
1 male seen slaughtered (flashback)
1 male found dying from a head wound
1 male found dead, covered in scars and castrated
1 female tortured, neck broken (flashback)
1 male found slaughtered to death
1 male found knifed in the neck
1 male stabbed with an embalming needle, had his insides suctioned out (flashback)
1 female gets a rubber sheet glued over her face, suffocates
1 male had his face eviscerated with a sabersaw
Total: 10
Posted by Kaijinu at 2:13 PM