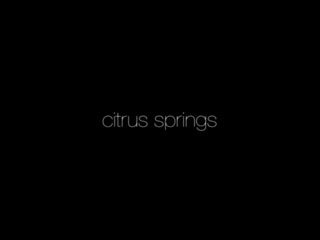 How often do you see a horror trailer use the Bonnie Tyler song Total Eclipse of the Heart? Not a lot so, right off the bat, Citrus Springs easily got my attention from it's strange marketing and I am kinda glad that I saw it, even if the movie turned out to be something totally different. 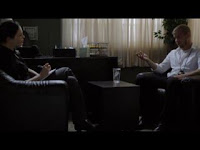 The quaint town of Citrus Springs has a problem. A home invading serial killer problem. So far, two families already fell victim to this intruder and the entire community is becoming more restless with each massacre, prompting local police to put up curfews and vigilantly patrol the streets, efforts hardly working to prevent the murders and inconveniencing some of the residents. 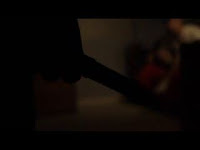 In the midst of the storm of frightened families and pressured cops, local psychiatrist Jean is tired of her simple small town life and plans on leaving Citrus Springs for the city by setting her house for sale. But with the recent string of murders deterring a lot of her potential buyers and a new break in the case comes in the form of a lone survivor of another current family massacre, Jean is forced to stay and aid the cops in milking out any details of their culprit out of the girl, a task proven to be easier said than done.

With more of its focus aimed at the dynamics between the townsfolk and the local authorities as they go about their days and nights contemplating about the murders, Citrus Springs was hardly a slasher (or horror in general) and instead was a lot more in common with made-for-TV drama thrillers. To be truthful, the closest moment it ever came to being a bodycounter flick was the single onscreen home invasion scene where an entire family gets brutally murdered by a balaclava-wearing loon. It was surprisingly unsettling with its simplicty, but the overly natural tone of the events to follow from the killings are what really got me watching this until the end, but likely to divide the attention of others. 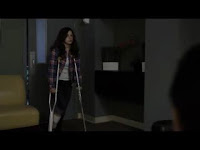 For the next bulk of the run, Citrus Springs shifts gear from a potential home invasion horror to a series of police procedural and small town slice-of-life littered with lots of character interactions and developments, hardly showing the killer and any further murders until the near-hour mark when the obscured culprit shows up not commit another killing, but to instead kidnap an unsuspecting victim out of impulse. With this, the killcount is unsurprisingly low and with half of them ocurring offcamera, it is all hardly exploitative in nature so dumb teenagers and gratuitous nudity are understandably absent. Yet, I just cant help but enjoy the organic feel of the story from the pacing and direction to the believable characters and just how everything is grounded realistically. Granted, it's not going to break any new grounds as either a horror flick or a drama thriller, but as a simple viewing, Citrus Springs is darn passable with its workable production quality and for just being that engaging of a watch. 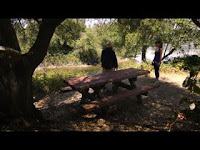 I guess the only thing that is stopping me from giving this film any higher of a rating would be the anti-climactic ending; with the sudden shift of the killer's modus, I was expecting to see more from this new route but, instead, it was just left alone for a while and then brought up again out of the blue with an unexpected death and a whole lot of filler talk not unlike Psycho 1960's ending. Not the worse way to end a movie and I try to see this as more in tone to the movie's realistic atmosphere, but one cannot deny that it was still an underwhelming path to go after all the initial build up, feeling no different from being rushed and/or a tad too easy of a conclusion.

Still, So what can I say about Citrus Springs? It was alright. Not the best but it certainly deserves a quick look if you have the time. Hardcore slasher and horror fans may try to stay away from this one but for those willing to try it, I say go for it!