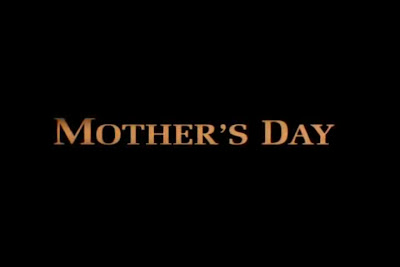 A remake of a backwoods slasher from Troma? No quite.

After reading bits of the synopsis, I knew right away that this isn't your average remake; if the original was a backwoods run with terror following three girls defending themselves from deranged hillbilly punks and their mum, the remake takes place in suburbia, where a couple, Beth and Daniel, invited their friends for a basement birthday party in the house they bought in a foreclosure. Unknown to them, a trio of criminals from a bank robbery gone wrong, travel back to their childhood house to hide from the law. The same house Beth and Danny bought.

Upset about the fact they also lost their home, the brothers takes the couple and their guests hostage, while their mother, the mastermind of every crime they pull, along with their meek but obviously disturbed sister comes back to fix every loose end at all cost.

It's Dawn of the Dead or The Fly remake all over again as 2010's Mother's Day is nothing of your average remake but rather a story that can stand proudly on its own while still giving all the nods and winks to the original.

First of all, I love the cast and I love the script. The story has a sense of believable realism to it and it's really intense in terms of direction. The casts are well acted, choice cut to resemble the kind of characters they are playing which will include Rebecca De Mornay as "Mother", a kind gentle face with demented means to protect her family.

Home invasions are my guilty pleasure being a family man, as it's hard for me to watch innocent folks being tormented in their homes. A house is sacred in my world but as sick as it would sound, I find intrigue in seeing these people endure the horrible tribulations one would not expect everyday. Mother's Day's target 'family" is made up of friends and their bond was put to the test as the criminals force them to go beyond their morals and tests their will to survive. This being a home invasion, of course, the kills are simplified into gun kills though they're heavy on the caliber so I'm willing to overlook that fact as long the gun kills are splashy!

The only real flaw of the movie was that the fact that, this being a suburban community, how come nobody else around the neighborhood noticed the wild thrashings and gunshots, or why, after one of the brothers are killed, none of the victims wised up and just ganged up on their captors? (you'll understand what I meant on the latter once you see this film) Thankfully, this is the only flaw I can find, personally, and I would like to see this as minor set-backs as the totality of the movie is sharp and well-crafted to the bone.

It's a bit of an unbelievable Godsend as something as trashy as the original Mother's Day suddenly lead to this working and effective thriller. All in all, it's one of the better re-imaginings I've seen and I'm not ashamed of recommending it for Home Invasion lovers such as myself. It's not the backwoods slasher some may had come to love, but it's at least a raw, gritty attempt that definitely worth a look.